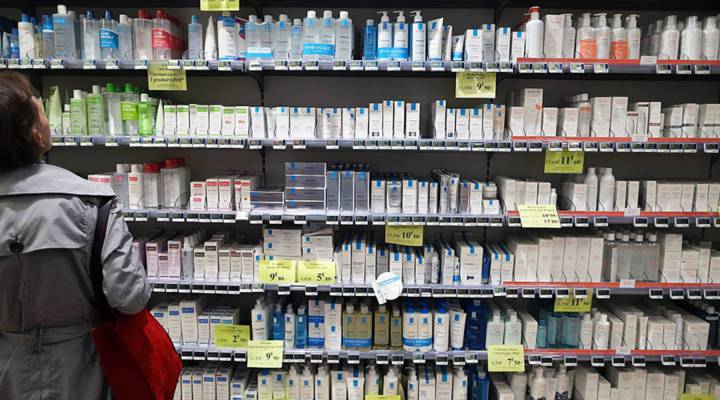 COPY
“You may buy something that says all natural or botanical or pure, but it may be none of the above, and so consumers are misled by companies today,” says Beautycounter CEO Gregg Renfrew. CHARLY TRIBALLEAU/AFP/Getty Images

“You may buy something that says all natural or botanical or pure, but it may be none of the above, and so consumers are misled by companies today,” says Beautycounter CEO Gregg Renfrew. CHARLY TRIBALLEAU/AFP/Getty Images
Listen Now

There’s been a lot of talk about reducing regulation across industries, but in the beauty and personal care products industry, there’s one company advocating for more. Beautycounter CEO and founder Gregg Renfrew joined Kai Ryssdal to talk about why she founded a “clean” product company and why it combines sales with advocacy. The following is an edited transcript of their conversation.

Gregg Renfrew: At Beautycounter, we believe that there is a need for change at the at the federal level. We have not updated a major federal law governing this $62 billion industry since 1938. The legislation is about one and half pages long —

Kai Ryssdal: — Really? For the whole?

Renfrew: Yep. And it doesn’t require the manufacturers of product to disclose all of the ingredients, so you may buy something that says all natural or botanical or pure, but it may be none of the above, and so consumers are misled by companies today.

Ryssdal: We should be clear that in this call for regulation that you have been doing for a while now, it would be a business advantage for you.

Ryssdal: Oh come on, you run a natural beauty product company, and you want more regulation so that the Revlon and the Maybellines … right?

Ryssdal: Do you feel — what’s it like for you being a CEO calling for more regulation?

Renfrew: People always ask me that, you’re asking for regulation on your industry.

Renfrew: Yeah, well, you know, what’s interesting is that we are asking for regulation because it would actually make our jobs easier. It’s difficult to navigate the waters when there is such a lack of regulation across the entire supply chain. So it’s not just what we’re doing as manufacturers and brands, but also what we are required to do, the lengths that we have to go, to ensure the safety of our products from an operational standpoint.

Ryssdal: So if I go to my local CVS and I look for a skin care, moisturizer or whatever it is, and I want the Revlon or the Maybelline brand, it’s going to cost me — I’m making this up — five bucks. How much is it going to cost me if I want to buy a Beautycounter product or somebody else who is natural and all botanical?

Renfrew: Currently the Beautycounter price point is a premium price point, but it’s not a luxury price point. I think there are, if you’re going to a company like CVS or others, you can look to some of the leading companies like Burt’s Bees or you can shop the market fragrance-free, knowing that our products are not always accessible to everyone. We aim to educate first and foremost so people can make better choices, because you can make some better choices across the entire industry.

Ryssdal: You’ve gotten support on Capitol Hill, right, with  personal care products regulation act that’s been introduced. So, in five years, given where we are in this economy and the way things are going in Washington with regulations and all of that, what’s your guess? How are you going to be doing?

Renfrew: I think as a company that we will continue to emerge as a leader. You look at the recent statements from companies like BlackRock and others, I think that people, consumers and investors, are starting to hold companies accountable for doing well and doing good simultaneously. And in terms of the regulation and the sort of political environment in which we live, I think you are going to see further and more comprehensive legislation over cosmetics. And I think we will continue to fight the fight for the safest products in the marketplace.

Ryssdal: It’s interesting that you mentioned BlackRock. We had Larry Fink on the program a number of weeks ago talking about his letter to CEOs requiring, basically, social consciousness on the part of corporations in America. Do you think that has traction right now?

Renfrew: Since I started Beautycounter, I started raising capital in 2011 for this company and we launched in March of ’13.

Ryssdal: Obviously you got capital, but how was that slog? Was it tough for you or were people receptive?

Renfrew: Well, first of all, anyone who has raised money knows it’s just always hard raising capital no matter what. When I went out to raise money for Beautycounter, I remember people saying to me, “Don’t tell everyone that you want to take this to Washington.” And I said, “No, we’re going to tell the investors that this is part of who we are.” And we actually found that they were receptive. But now, having just closed another round of financing, I’ve seen a real shift in the venture and private equity community where they’re starting to pay attention to companies that are, to your point, focused on conscious capitalism.

Ryssdal: Are you profitable?