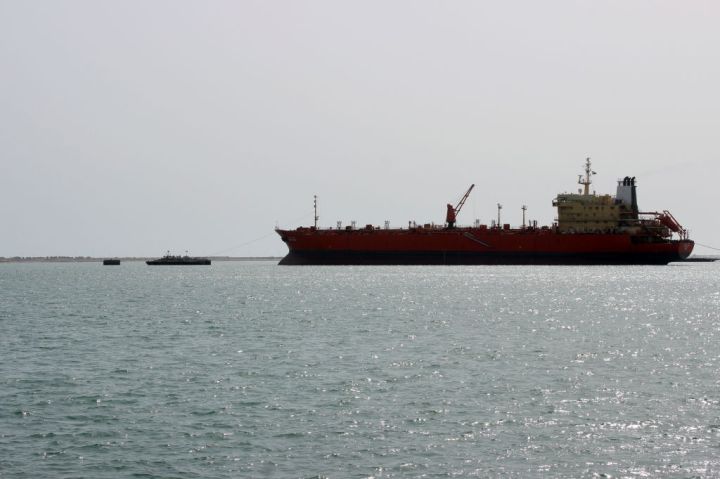 COPY
A 2019 view of the Yemeni port of Hodeida, near where the FSO Safer is moored. Observers say the ship poses risk to the area. AFP via Getty Images

A 2019 view of the Yemeni port of Hodeida, near where the FSO Safer is moored. Observers say the ship poses risk to the area. AFP via Getty Images
Listen Now

The FSO Safer, an oil tanker moored in the Red Sea near Yemen’s port city of Hodeida, holds more than 1 million barrels of oil. The ship was operated by Yemen’s government-run oil company until 2015, when Houthi rebels seized control of Hodeida and limited access to the FSO Safer.

The ship’s condition is deteriorating, and volatile gases are building up inside. Experts say it could soon spring a leak or explode. An oil spill would worsen war-racked Yemen’s humanitarian disaster by poisoning fisheries and possibly releasing toxic gas. Drinking water is also a concern. Neighboring countries would have to shutter desalination plants if there was a spill.

Yemen’s government has asked the United Nations to remove the ship’s oil. The Houthis say they would allow access to the ship only as part of a broader agreement, which appears unlikely to happen soon.