In Iowa, health care has a way to go

In Iowa, health care has a way to go

Bill Radke: President Obama is in Iowa today selling the new health care law to a skeptical public. The health care overhaul is not quite a done deal — a few additions to the law got hung up yesterday in a parliamentary challenge by Republicans. But the president is focusing on what he did sign into law this week and how it will affect small businesses and individuals. Iowa Public Radio’s Sarah McCammon asks some Iowans what the health care changes will mean for them.

Sarah McCammon: The president is returning to the university town of Iowa City, where he kicked off a push for health care reform while campaigning for his party’s nomination in 2007.

Kai Harris: This is kind of where he got his start, not necessarily just with the health care but his whole presidential election. He owes a lot to the state of Iowa.

At a cigar shop in Des Moines, the state’s biggest city, manager Kai Harris says he’s mostly pleased with how the president has followed through on health care.

Harris: Some people on the left are a little disappointed on not having single payer. That can come in the future, but it had to start somewhere.

Across the street, Mary Evans runs a gift shop that smells of candles and is full of brightly-colored knick-knacks. Evans says she’s glad the president is visiting Iowa, but she’s skeptical of his approach:

Mary Evans: Being a small business owner, I have two or three employees and it’s just, it’s pretty tough. We just need less government, actually, is what we need.

The president’s speech is scheduled for this afternoon at the University of Iowa. 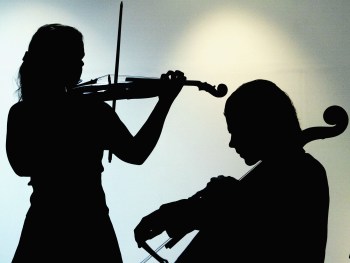