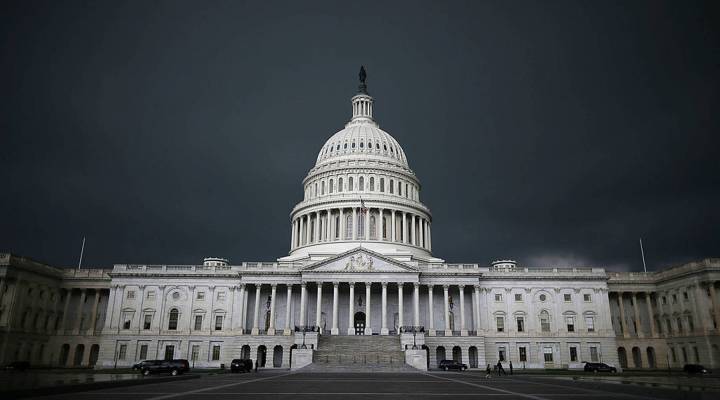 Why does Congress get free health insurance??? Health care issues would create a new perspective, I would think. Wouldn’t you!

Gary Maske is not the only one interested in the health care benefits received by U.S. lawmakers.

This past weekend, U.S. Senate Majority Leader Mitch McConnell announced that he was holding off a vote on the Better Care Act — the replacement for the Affordable Care Act, aka Obamacare — until Sen. John McCain recovered from his recent surgery. The surgery to remove a blood clot from near McCain’s eye took place on Friday. (As of July 17, 2017, the vote has been put off indefinitely.) Shortly after McConnell issued his statement, he and McCain were subject to a flood of tweets calling on the U.S. Senate to ensure that the public has the same access to health care as McCain.

The thing is, McCain probably got his health insurance on the Washington, D.C., exchange. Why? Because the Affordable Care Act requires him to. The insurance also did not come free.

Sabrina Corlette, a research professor at Georgetown University who specializes in health insurance reforms, is not sure why people often assume that Congress receives free health insurance.

Before the Affordable Care Act, senators and representatives used to receive health insurance through the Federal Employees Health Benefits program, which was similar to health insurance programs at large companies. That means that the employer (in this case, the U.S. government) makes a contribution toward the health insurance plan selected by the employee. Under the Affordable Care Act, the government still covers a portion of the costs but the plans have to be purchased on a D.C. exchange called D.C. Health Link.

According to the Congressional Research Service, “the employer contribution is set at 72 percent of the weighted average of all FEHB plan premiums, not to exceed 75 percent of any given plan’s premium.”

How does that compare with an average employer-provided plan?

“The insurance companies that are available to them have nationwide networks. So if you are working for, say, Sen. Chuck Grassley from Iowa and you are working in the Cedar Rapids office, you do actually enroll through D.C. Health Link but you have access to the local Iowa provider network,” Corlette said.

Just in case you are wondering, the requirement to use D.C. Health Link instead of continuing to get benefits through FEHB was not in the original Affordable Care Act.

“This is a Republican amendment that was offered during a committee markup of the bill that the Democrats decided to accept,” Corlette said. The amendment was proposed by the aforementioned Grassley. “It was originally conceived as basically saying: ‘If it’s good for the goose, it should be good for the gander.’ If you are going to tell Americans they have to sign up through these exchanges or pay a penalty, you also should [tell] members of Congress. It started out, frankly, as a sort of a political message but the Democrats said: ‘Well, they are probably right.’ They accepted the amendment. It was actually unanimously accepted.”

There is, however, one difference that sets congressional health care benefits apart from those of a typical employer. If the employees meet certain requirements — such as working in Congress for five years prior to their retirement — they are eligible to receive retiree health coverage through the FEHB.

Now that the plan to repeal and replace Obamacare is on hold indefinitely due to the lack of votes in the Senate, what happens next? President Trump and McConnell have called on Republicans in Congress to just repeal Obamacare without a replacement. If that were to happen, lawmakers and their staffs would probably end up going back on the FEHB health care insurance plan.

If, on the other hand, they bring back the Better Care Act, chances are that lawmakers and their staffs will still have to purchase their health insurance through the D.C. exchange.