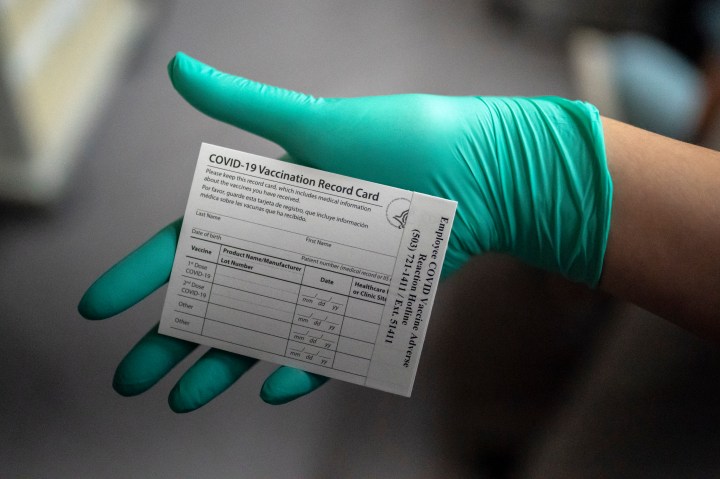 On Tuesday, New York City Mayor Bill de Blasio announced that vaccination proof would be needed for many activities like indoor dining and gyms in the city. With the highly contagious delta variant of COVID-19 now the dominant version of the virus in the U.S., employers and some states are taking extra precautions by calling for proof of vaccination at indoor venues, concerts and jobs.

If businesses hope to become fully operational again and countries want to return to normal levels of activity, economists say vaccination is key. Providing free gifts for those who get vaccinated or requiring proof in order to frequent businesses or even maintain employment, in some cases, have been some of the latest efforts to raise vaccination rates.

Often referred to as a vaccine passport, depending on the business or state, proof is anything from the CDC vaccination card you get upon receiving a shot to a digital app on your phone that uses a QR code.

“We have this patchwork of implementation that’s being done by states and cities and counties and private businesses,” said Kevin Cope, a law professor at the University of Virginia. Back in April, White House press secretary Jen Psaki said, “the government is not now, nor will be, supporting a system that requires Americans to carry a credential.”

So states have come up with their own systems. For example, New York state has an Excelsior pass, which provides digital proof of your COVID-19 vaccination. Meanwhile, California state employees and health workers will have to show proof of vaccination by showing their vaccination card or a verification code from the California Department of Public Health. If they don’t get vaccinated, they’ll have to get tested at least once a week and wear N95 masks at all times.

North Carolina also created a state-certified COVID-19 vaccination card recently, while the state of Hawaii has maintained a vaccine passport program for nearly a month now. Those who are fully vaccinated can skip the mandated quarantine period without getting a COVID-19 test by showing an official CDC vaccination card or a certificate printout from the Vaccine Administration Management System.

Cope said that as the delta variant spreads, other states like Connecticut are also talking about a vaccine passport program.

However, several states with Republican governors — including Arkansas, Florida, Georgia  and Iowa — have outright banned the use of a vaccine passport.

Wendy Parmet, a professor of law and public policy at Northeastern University, said that if the surge in cases begins to threaten economic recovery, we may see pushback from the business community against states barring proof-of-vaccination mandates.

She noted that cruise lines have tried to challenge Florida Gov. Ron DeSantis’s ban on vaccine passports in the state.

The CDC issued new guidance for cruise ships, allowing passengers and crew to forego masks if at least 95% of crew and 95% of passengers are fully vaccinated.

One company in particular, Norwegian Cruise Line Holdings, has called for every passenger and crew member to show proof of vaccination, and is suing Florida’s surgeon general over the issue.  Businesses in Florida that make customers show proof of vaccination could face fines of up to $5,000 per violation, according to the law on passports signed by DeSantis.

Cope said he’s seen both experimental and real-life evidence that vaccine passports can nudge people into getting vaccinated.

France, for example, is enforcing COVID passes to visit cafes, board planes and travel via train beginning on Aug. 9. After President Emmanuel Macron announced plans for such measures back in July, nearly 1 million signed up to be vaccinated.

But in the U.S., Parmet said implementing a universal system is an issue of cultural acceptance and buy-in — and in some jurisdictions, it’s a legal one.

Our patchwork is the norm for now, but showing proof of vaccination may become routine in many states. 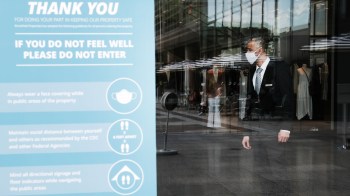 What about wearing a mask in stores or at work?