How the GI Bill changed the economy

How the GI Bill changed the economy

Kai Ryssdal: The government says about 300,000 veterans are expected to go to college this year, with the GI Bill helping to pay at least part of the costs for housing, books, and tuition. While the current version encourages veterans of the wars in Afghanistan and Iraq to get a college degree, the GI Bill’s hardly a new idea. The original dates back to the Second World War and vets who got a higher education for free. And Stephen Smith of American RadioWorks reports the first GI Bill not only changed how Americans go to school, it transformed the economy in the process.

STEPHEN SMITH: When World War II ended in 1945, America faced an ominous problem: how to settle its war veterans back into civilian life? In wars dating back to the revolution, American vets got few benefits after the fighting stopped. But in World War II the scale of the problem was huge — 16 million Americans.

ED Humes: One eighth of the population, one out of eight Americans were serving in some capacity during the war.

Humes: You can’t have that number of men and women treated shabbily because the country would fall apart. It could never withstand it.

As World War II came to a close many feared a return of the Great Depression, which gripped the nation for more than a decade before the war began. So in 1944, Washington passed a sweeping set of benefits known as the GI Bill of Rights. Vets got unemployment checks, low-interest housing and business loans, and…

Humes: If you applied to a college and you were accepted, the government would pay your tuition. At any school in America, no matter how elite or how expensive it was.

The government was surprised by how many GIs took advantage of the education benefit, nearly eight million veterans in all. Management guru Peter Drucker said that providing free higher education to so many Americans changed the world by creating the modern knowledge economy.

HUMES: The scientists and engineers and teachers and thinkers who brought in the information age, who took us to the moon, who waged the cold war, you name it – all those men and women were educated through the GI Bill.

GEORGE SHULTZ: When I came back from two-and-a-half years with the United States Marine Corps in WWII, I decided that I wanted to go on to graduate school.

MIT was the place that Captain George Schultz wanted to study economics.

SHULTZ: Sure enough, I got my tuition paid, and I got a little tiny stipend to go with it.

FILM: The Greatest invasion in all history, a million veterans pouring on to the college campuses of America, from Harvard to Stanford, from State to Old Siwash.

This is a government newsreel from 1947. Before World War II, most Americans didn’t have a high school diploma, much less a college degree. After the war, college enrollment exploded.

FILM: An academic crusade. Inspired by the GI Bill of rights. There never was such a mass movement to higher education. It’s been called the greatest sociological experiment of all time.

But back in the mid 1940s, no one knew how this sociological experiment would really turn out. Historian Suzanne Mettler says some college officials fretted about whether combat-hardened veterans could fit in among teenage freshmen.

SUZANNE METTLER: People like the president of the University of Chicago and the president of Harvard worried that this was going to make institutions of higher learning into “hobo jungles” as they put it. To bring in the riff raff.

Turns out the GI’s had an altogether different effect on the once clubby bastions of college life, 25-year old guys who’d stormed beaches in combat gear had no time for freshman beanies or raccoon coats. They were on a mission.

FILM: Some are working with grim concentration towards a degree or a job. They are defter, quicker because of wartime skills. They know how to tackle a job and get it done.

SHULTZ: We were there strictly to learn something. And we were demanding.

SHULTZ: I think it helped to raise the standards all across America. And now we have, without any question, the best system of higher education in the world.

Historians say the GI Bill fueled a major expansion of the nation’s higher education system and made college a cornerstone of middle-class American life. Marine Captain George Schultz did pretty well with his GI Bill education. He taught at MIT and Chicago, he ran a big construction company. And George Schultz served as U.S. Secretary of State.

Historian Ed Humes says the free education that so many veterans got under the GI Bill helped make the “greatest generation” so great.

And even though it’s a bit of a trite saying, this list really does go on and on and on.

This is Stephen Smith for Marketplace. 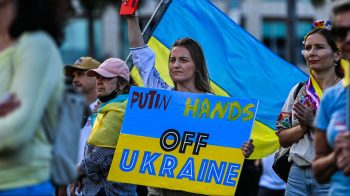