Technology can save you from yourself

Technology can save you from yourself

Steve Chiotakis: Let’s face it, with cell phones pretty much everywhere, we’re communicating a lot. Calls in and out, e-mails, text messages. It’s opened up so many opportunities in personal and professional lives. Ah, but the trouble some people get into when they mix drinking and phone dabbling. This morning, the story of one man’s business idea that eliminates the risk of doing something stupid while out on the town. Alex Goldmark from WNYC in New York reports.

Alex Goldmark: John Genest likes to party. And he likes his iPhone. But the combination proved hazardous.

John Genest: Several, several examples come to mind. You know, calling my dad at 3am on New Years and immediately hanging up on him when I realized it was him.

Or flirting via text message with one woman, thinking it was another.

Genest: That gets pretty awkward.

He even invited his boss’s client out for late-night food after the bars closed.

Genest knew he wasn’t the only one chronically calling under the influence. He saw a business opportunity and acted.

Genest: My product is the bad decision blocker, it’s an iPhone application.

Before a night on the town, you enter the names of all the people you just shouldn’t call while carousing. Then no matter what you do, their contact information vanishes for a period of time. Genest recommends 12 hours.

The Bad Decision Blocker has regularly been among the top 100 paid apps in the iTunes store since it launched last month. Genest has already made back a quarter of his nearly $8,000 investment.

Other regret-prevention products are popular, too. Google’s Mail Goggles feature tests you on basic math before letting you send a late night e-mail. And LG even made a cell phone with a breathalyzer. It sold well in Korea, but never made it to the U.S.

Ran Kivetz: The basic idea of helping people to control themselves has a large market.

Now if only we could use technology for all our self-control problems — like overeating. A time lock on the refrigerator anyone? 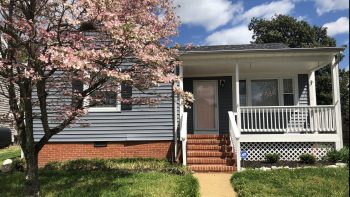