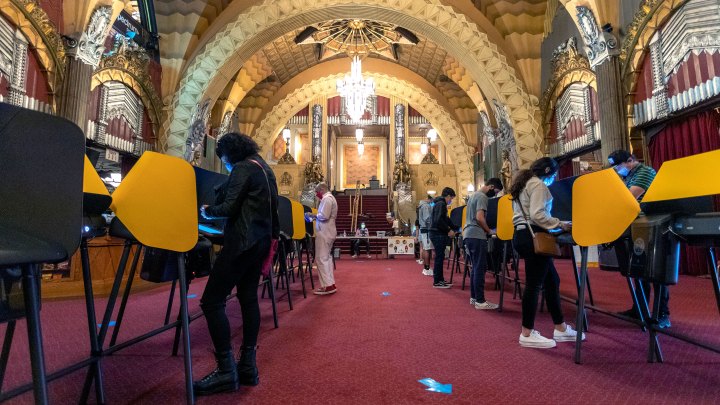 In 1978, an anti-tax crusader named Howard Jarvis led a taxpayer revolt in California. Facing rampant inflation and soaring property taxes, voters overwhelmingly adopted Proposition 13, which set property taxes at 1% of a home’s purchase price and kept annual increases to no more than 2%.

“We have proven here in California that we the people, not the politicians, are still the boss,” Jarvis said after the measure passed.

Since then, Proposition 13 has loomed so large over the state’s finances and real estate market, voters have faced more than 30 ballot measures to change it. One of those attempts, Proposition 19, was on the ballot this week. Backed and bankrolled by the California Association of Realtors, the measure would allow people age 55 or older sell their homes and take their tax breaks with them, up to three times, among other changes. (As of publication, the outcome was still too close to call.)

The original intent of Proposition 13 was to help people stay in their homes longer by keeping their taxes affordable, even as home values rose. They could also pass along their homes, with their tax breaks, to their heirs.

But over the years, Proposition 13 has cost the state billions in lost revenue and gutted public school funding. Critics say it’s also given long-term homeowners a little too much reason to stay put, squeezing the supply of homes for sale.

“There’s a disincentive to sell because you can keep and lock in these low property tax rates,” said Whitney Thornton, 39.

Thornton is a renter in Oakland, California, who would love to buy a house, but she said even a fixer-upper in her neighborhood would cost at least $700,000, with a much higher tax bill than a longtime homeowner down the street might pay.

“My husband and I have honestly been talking about leaving California, which makes us sad,” she said. “I think it’s really just hard for my generation.”

Removing the disincentive to sell could spur about 30,000 people a year to move, bumping up sales about 12% among older homeowners, said Michael Genest, a consultant to the Proposition 19 campaign.

“You’re going to shift some people from the ‘No, I guess I’m going to stay here’ to the ‘Hey, I think I’m going to move’ category,” he said.

Opponents see the measure as just another giant tax break for the privileged that would do little to address California’s housing shortage. Meanwhile, the lack of turnover in the housing market is much bigger than Proposition 13 —  and bigger than California.

In 1988, according to Census Bureau data, nearly 1 in 5 Americans said they’d moved within the past year. Now, it’s more like 1 in 10. In the last decade, the median length of homeownership has grown from 10 to 13 years.

The rise of two-income families is one big reason people don’t move as much.

“More women are in the labor force, which makes it harder for the family just to uproot if you’ve got two earners,” Goodman said.

“So all that cascading impact is not occurring,” said Lawrence Yun, chief economist with the National Association of Realtors.

Building more new homes would help, he said, but for years “home building has just simply not been there.”

COVID-19 hasn’t helped, with construction slowing during lockdowns in the spring and a lumber shortage adding to the cost of building.

But Yun said the pandemic could jump-start the market in a different way. With about a quarter of Americans now working from home, he expects more people to move.

“After years of decline, we may begin to see a little uptick in the upcoming years from this new economy of work-from-home flexibility,” he said.

In our most recent Marketplace-Edison Research Poll, almost half of people who’d recently moved or were considering moving said one reason was the ability to work from anywhere.