Kai Ryssdal: Shares of Apple bounced about 7 percent today. That was on the strength of a better-than-expected profit report after the bell yesterday. But estimates for the coming quarter didn’t quite meet Wall Street’s expectations.

The slowing economy’s probably to blame for most of that pessimism. But a new toy out today from another well known technology company could wind up being a factor as well. If you don’t mind shelling out $179 and signing up for a two-year contract, you can get yourself the very first Google phone. Made by T-Mobile, actually, but the G1’s got Google on the inside.

Kevin Pereira from G4 Television always gets the fun toys before anybody else. Kevin, good to see you again.

Kevin Pereira: Always a pleasure to see you, sir.

Pereira: [sings a high note, sort of] I lost my falsetto playing Rock Band last night. But I want to hand you the shiny pretty packaging.

Ryssdal: It is pretty.

Pereira: This is the T-Mobile G1. It’s the first Google Android-powered phone. Did I completely lose everybody there?

Ryssdal: Yeah, explain it for us.

Pereira: Fantastic. So, there’s an important distinction to make about this “just another cell phone.” This is the G1. It’s a T-Mobile cell phone, meaning that’s the only carrier you can get it on. Slide it open, full keyboard, touch screen, yadda yadda. Great, grand, wonderful. We get it. We’ve seen 1,000 of these phones.

Pereira: The difference: It is powered by Google Android, and Android is the open-source platform created by that little company we all know and love — Google.

Pereira: And this is their big competitor to Apple’s iPhone, Windows Mobil, etc., etc.

Ryssdal: OK, so let’s get to the nuts and bolts here. First of all, let me play with it.

Pereira: Yeah, absolutely, there you go.

Pereira: That phone, in fact, with all the power of this phone, we’re talking YouTube videos and a powerful Web browser, the ap store . . . I mean this thing has a bar-code scanner on it. I can point it to a bar code on a store shelf, it will scan it, connect to the Internet and tell me if I can get a better price elsewhere.

Pereira: But with that said, and all the instant messaging and video gaming — and I didn’t even mention the track ball, yet — this is my favorite application.

Pereira: Hold that to the mike, and you see it’s a nice screen filled with some fur. Go ahead. You phone a little pet, kind of just give it a little pet.

Ryssdal: [phone makes a purring sound] Oh, this is freaky. It’s actually buzzing in my hands.

Pereira: It’s the biggest waste of memory I’ve ever seen in my life and yet, you can’t stop.

Pereira: Yeah, let’s talk it. 3G phone with wi-fi as well, just like the old iPhone. You can have up to 16 gigs of memory, and you can swap that memory in and out of the phone. The phone itself feels good in the hand. It’s a little bit thicker than the iPhone all around. But the big here, of course, is Android.

Ryssdal: Android being the operating system. Let’s go through that one more time. It is open source. It is developer-friendly. What does that mean for people who are going to go out and shell out the, what is it, $179 plus a two-year contract . . .?

Pereira: To the average Joe, to Joe the Plumber, he’s not going to know that it’s Android. He’s gonna have no idea what the operating system is. He’s going to know that the touch screen works incredibly well, that it’s responsive, that it operates flawlessly. He’s going to know that in three weeks time, which is how long we’ve been playing around with this thing, the phone has not crashed once. My iPhone on the way to work this morning — and that was just me trying to take a photo or text while driving like everybody else.

Ryssdal: You are a separate case ’cause this is kind of your gig. What about people looking to conserve dispensable income in a down economy? How is that affecting the whole mobile market, and is this necessarily the brightest time for T-Mobil and Google to be doing this?

Pereira: Right. In terms of the financial crisis that we’re all in right now, I see that affecting the ring-tone seller, the wallpaper maker or the application developer. And not so much the handset manufacturers. People like new phones. They want the new features. This phone out of the box is great.

I think people used to justify a silly little application with the saying that, “Oh, it’s just the price of a cup of coffee.” And I think the tonality of that statement in these times changes and they go, “Hey, that’s the price of a cup of coffee.” You know, I’m not getting that silly little bubble-shooter game and I’m not paying $3 to have my to-do list on my phone. So that’s where the crunch is really going to hit.

Ryssdal: Kevin Pereira who works at G4 television, “Attack of the Show.” Today, it was the G1 here, which is the Android-powered T-Mobile phone. Kevin, thanks a lot. 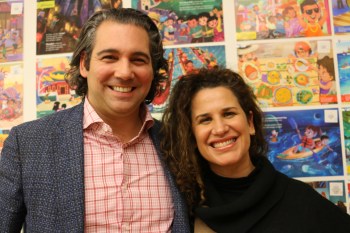 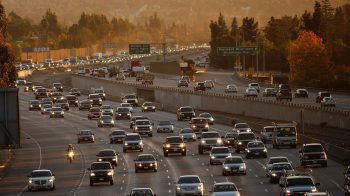