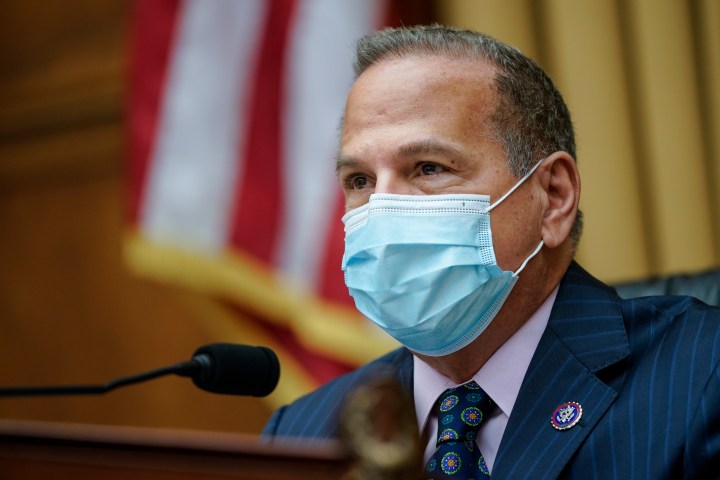 Early this morning, the House Judiciary Committee approved a slew of antitrust bills aimed at reining in the power of Big Tech companies like Apple, Amazon, Google and Facebook. If the bills are passed into law, it would mark the biggest expansion of antitrust power in decades.

“Marketplace” host Kai Ryssdal spoke with Axios tech reporter Margaret Harding McGill about the proposals. The following is an edited transcript of their conversation.

Kai Ryssdal: So in a nutshell, what would these bills do to these Big Tech companies?

Margaret Harding McGill: These bills would significantly alter the practices of — and, in some cases, break up — the tech companies.

Ryssdal: That was a short sentence that says a lot.

McGill: Yeah, I mean, these bills would do a lot. They would, for instance, stop Facebook from acquiring other companies for the most part. Or perhaps say, ‘Amazon, you can no longer sell Amazon Basics on your platform.’ They would also say Google, ‘You can’t really preference your YouTube on your search results.’ There’s a lot of changes that these bills would force on these companies if they are made into law.

Ryssdal: There is a word here that I’m going to use that we haven’t heard a lot. And then I want you to tell me where these sides are coming from. This is a bipartisan bill, but each side of the aisle has distinctly different motivations.

McGill: Yes, I think that’s true. And it was so interesting to see where some of the breakdowns were in the markup because there are Democrats who oppose this legislation and Republicans who support it. You have Republicans who are concerned about the power of Big Tech platforms, because of what they say is their ability to censor conservative voices. And so you have some republicans like Ken Buck from Colorado, who believe the way to solve that issue is to have more competition with the tech platforms. Tim Jordan from Ohio, the ranking member of the full Judiciary Committee, does not believe that these bills would accomplish that. He argues that they’re giving too much power to Biden bureaucrats — his words, not mine — and would not address the problem of censorship.

Ryssdal: You know, not to pick on on Mark Zuckerberg and Facebook, but every time the topic of regulation comes out, either Zuckerberg or the Facebook spokesperson says, ‘Look, we welcome regulation.’ In essence, they say, ‘Please regulate us, because we’re not sure how to do it ourselves,’ which I think has been demonstrated by their behavior in real life. Do you suppose this is what Mr. Zuckerberg had in mind?

McGill: Definitely not. Facebook put out a pretty tough statement ahead of the bills, saying that they aren’t the solution that consumers want. That they are a poison pill for America’s tech industry at a time our economy can least afford it. So, there is none of this, ‘Yes, we need to be regulated, just let us know what you want to do.’ In this case, they’re fighting against these pretty hard.

Ryssdal: Let me take you down another little rabbit hole here, in the little bit of time we have left. If this does lead to the breakup of some of these companies and, we should be clear, these bills are geared at like four, maybe five companies in this entire economy. If this bill says ‘Listen, you’ve got to break up and sell off some component parts,’ if Facebook had to spin off Instagram, or Google had to spin off YouTube, there would be more value created. Right?

McGill: That’s the argument that the chairman of the antitrust subcommittee makes, David Cicilline. He says that this would be beneficial because there would be more companies and more competition.

Ryssdal: Spitball it for me. You think this happens? Or are we a long way from anywhere?