More From This Show
0:00 / 0:00
👀 Noticed fewer chips in the bag? Fewer squares in your TP? Share your "shrinkflation" stories.
Marketplace Off Air

It’s been a couple of weeks since we’ve heard anybody say ‘The fundamentals of the economy are sound.’

Perhaps because they might not *be *all that sound. Yes, gross domestic product grew last quarter. But unemployment’s at 6.1 percent. The economy has lost 605-thousand jobs since the beginning of the year. Consumer spending is down and consumer confidence is bouncing around record lows.

I mention that because with the credit crisis and all it’s been easy to lose sight of some of the indicators that otherwise would be getting a lot of play. But that’s going to change in the next day or so, bailout or not.

The September unemployment report’s due on Friday. A private poll out today showed it’s going to be another month of lost jobs. 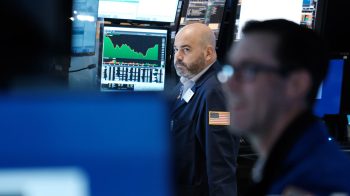