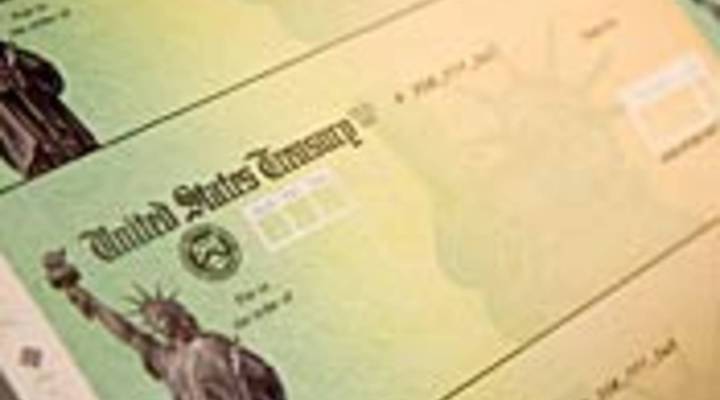 Get ready for another round of stimulus

COPY
Economic stimulus checks are prepared for printing at the Philadelphia Financial Center on May 8, 2008 in Philadelphia, Pa. Jeff Fusco/Getty Images

Get ready for another round of stimulus

Economic stimulus checks are prepared for printing at the Philadelphia Financial Center on May 8, 2008 in Philadelphia, Pa. Jeff Fusco/Getty Images
Listen Now

Scott Jagow: Believe it or not, the government is talking about another economic stimulus package for the fall.

But don’t expect another check from the IRS. This round would focus on new infrastructure projects as a way to jump-start the flagging economy.

Karen Shaw Petrou: Employment in the construction and building trade, production of the goods and materials needed in infrastructure spending. That’s good for the economy.

But government spending has its critics. Gerald O’Driscoll is a senior fellow at the Cato Institute. He says these projects cost a lot of money and that money comes from one place: Joe Q. Taxpayer.

Gerald O’Driscoll: You’re either going to have to raise taxes or sell bonds and in either case you’re extracting resources from the private sector.

Either way, O’Driscoll says we shouldn’t hold our breath. He says little is likely to happen before the presidential election in November.