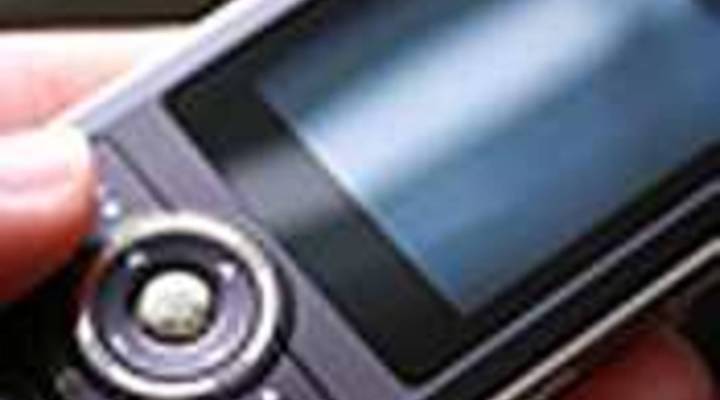 Cell-phone sales quiet down a bit

Cell-phone sales quiet down a bit

KAI RYSSDAL: It’s not literally true that everybody has a cell phone by now, but it sure does feel like it, and that’s starting to show up in the numbers. Sales of handsets have fallen for the first time in a couple of years. The number of new customers signing up has taken a double-digit dive, too. Market saturation is part of that — if everybody’s got a cell phone, not so many people need a cell phone. But the slowing economy’s not helping any either. And that’s got the industry wondering whether anybody can hear ’em now. Stacey Vanek Smith reports.

STACEY VANEK-SMITH: Sales of handsets have slowed more than 20 percent so far this year, according to the NPD consumer research group.

Jimmy Schaeffler is a senior analyst with the Carmel Group. He says cell phones are in the same boat as many other consumer electronics — consumers may be looking, but they’re not buying.

SCHAEFFLER: People who have cell phones are saying, “I’m going to get along with what I’ve got until the economy improves.” Those who are looking to upgrade, many of them are waiting.

That means cell-phone companies may have to wait, too. Shaeffler predicts a tough couple of years for the industry.

Telecom analyst Jeff Kagan says the dropping numbers are also growing pains. He says up until now a lot of the industry’s growth has relied on people buying their first mobile phone or families expanding their plans. He says those missions have been accomplished.

Jeff Kagan: We have sold 259 million phones already, and there’s only about 300 million of us in the Unites States. At some point, you’re going to run out of people to sell cell phones to.

Kagan says the down economy is dividing the market. He points to growing sales for high-end phones, like Apple’s iPhone and the new Blackberry. He attributes that to more people relying on them for work or for entertainment.

KAGAN: Ten years ago, if we have the economic tough times, customers may have just cut that expense. But today cell phones are not a luxury anymore. They’re a necessity.

And, Kagan says, that’s true for the younger generation, too.

MOTHER: Who are you texting 50 times a day?

RYSSDAL: The very hip Stacey Vanek-Smith for us there.