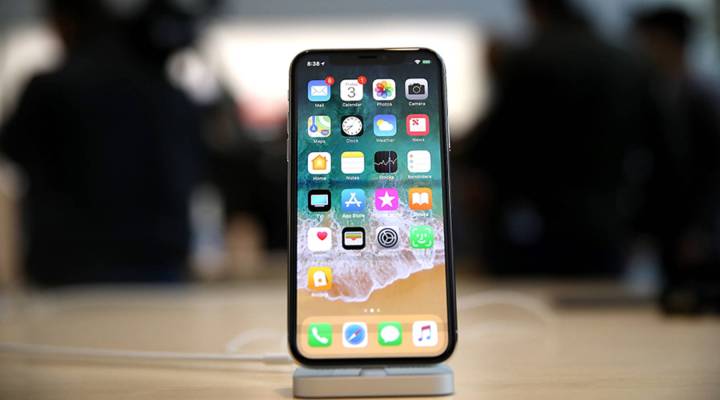 Your cellphone is with you almost everywhere you go. And the whole time, it’s tracking your location and sending that information to cell towers and phone carriers.

Today, the Supreme Court will hear arguments in a case about whether law enforcement needs a warrant to access your cellphone location information. The case could set a major legal precedent around digital privacy.

Democratic Sen. Ron Wyden of Oregon has been trying to pass a bill called the GPS Act, which would create clear rules around the use of location information. Marketplace Tech host Molly Wood spoke to Wyden. Below is an edited transcript of their conversation.

Molly Wood: What would this bill do?

Ron Wyden: It ensures that if the government wants location information, it’s got to get a warrant. And the reality is the laws just haven’t kept up with the digital age. The Fourth Amendment protects Americans against unreasonable search and seizures, and that bumps up against the reality of life today, where we voluntarily give companies our information just by driving cars and carrying a cellphone.

Wood: Now you first introduced this bill, or a bill like it, back in 2011. It’s been introduced at least four times since then, and bipartisan, like you said. And yet, it hasn’t come out of committee. Why is it so hard to get traction on this?

Wyden: It has been a bipartisan bill, but I think it’s fair to say that the courts are clearly moving in our direction.

Wood: So if the courts start to make more and more decisions that are in line with your bill, that gives it a push?

Wyden: There’s no question. And what we saw was the courts expressing concern about the reach here, and beginning to recognize that in 1986, cellphones were the size of a Harry Potter novel and cost a couple thousand dollars. And the people who wrote these laws out of the ’80s didn’t imagine a scenario where almost every American carries their phone in a pocket or a purse. We don’t even see the word “location” appearing in these old laws.

Wood: What is it going to take to get this bill out of committee and passed?

Wyden: What I think is going to be the key is a combination of more grassroots support, number one, a continuation of the trends we’re seeing in the judicial process, and a growing number of tech-savvy legislators and legislators who understand, for example, when you talk to them about the third party doctrine, that that was telecommunications policy for yesteryear. There has to be a new set of rules that ensure that your privacy is not thrown in the trash can in the digital age.