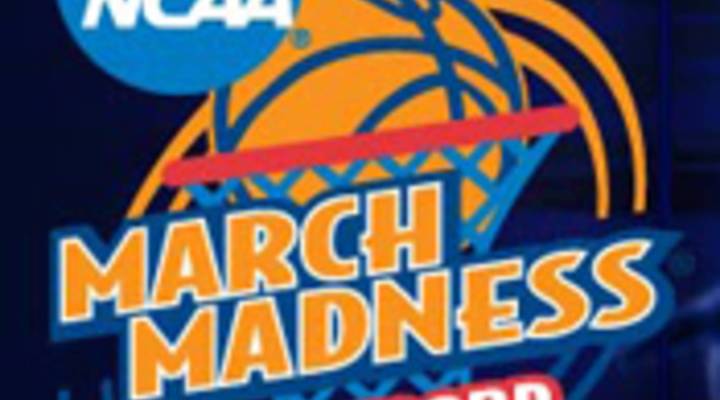 KAI RYSSDAL: College basketball fans are teetering on the brink of nirvana this afternoon. The NCAA tournament starts tomorrow. March Madness means all basketball, all the time — 64, games every day, office betting pools, the whole deal.

Even if you’re not a fan, there may be no escaping it. And if you’re running a business… well, that’s a whole other ball game. Stacey Vanek Smith reports.

Stacey Vanek Smith: Here’s what a distraction March Madness has become: CBS, which will stream all the games live on its Web site this year, has added a new feature: the boss button. Supervisor coming over? Click the button and its goodbye big game, hello serious-looking spreadsheet.

That button could get a lot of use in the next few weeks — CBS predicts more than two million people will watch the games on their computers. Consulting firm Challenger Gray and Christmas says that could cost U.S. companies more than $1.5 billion lost productivity. And, says executive vice president Rick Cobb, there’s another problem with watching at work:

Rick Cobb: There are organizations that have ban it just in order to function — because the amount of bandwidth they would lose in their offices if they would allow people to watch the games on their computers would bring the company to a screeching halt.

One company grappling with this is online real-estate brokerage firm Redfin. The Seattle-based start-up has about 100 employees in cities all over the country, and they all rely on one computer system. Redfin’s IT department got worried overzealous hoops fans would crash the company’s internet, so Redfin broker Loren Ellingson helped gin up a solution.

Loren Ellingson: We’re going to project it on this screen out front. It’s probably close to 8-by-10, and that’s kind of our lobby area where we eat lunches… Should be a lot of fun.

Klaus Gosma: Friends of mine at other companies pretty much watch every single game in their cube on their computer. And I think this way, people won’t be hiding in their office watching — if they’re going to watch, they’ll be doing it in an open public area.

But March Madness is not just about watching the games, it’s about betting on them. Redfin software engineer Jamie Demichele custom-designed a March Madness Web application for the office. People can use it to place their bets and track their picks.

Jamie Demichele: I’ve been running a pool for about nine years and I decided to finally just make my own application. I’m pretty pleased with how it turned out.

Glenn Kellman: I was the last one to know about any of this.

Kellman says when he found out, he couldn’t believe how much effort had gone into planning for March Madness. And he says he was really impressed with Dimichele’s work.

Kellman: I mean, it’s a fully interactive, very powerful Web application for tracking the entire bracket. And really, it’s some of his best work ever — it really is.

Kellman says all of the time and energy going into March Madness is a little disturbing, but he welcomes it. He says it makes Redfin a fun place to work and builds camaraderie. And, more to the point, he’s a Tar Heels fan — and wants to watch the games, too.