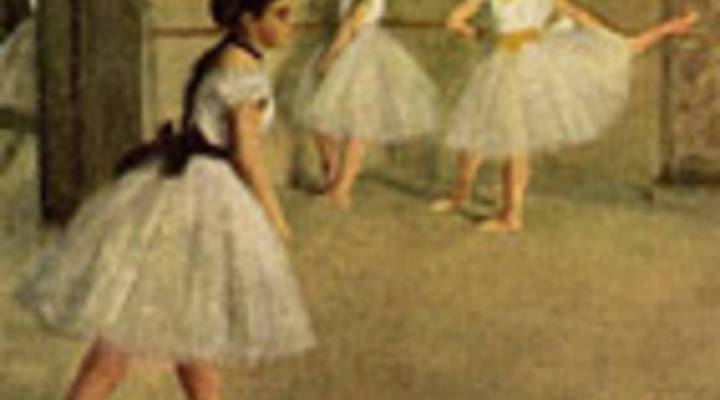 SCOTT JAGOW: So maybe you’re doing your taxes this week. States are doing their taxes as well. And for most of them, things don’t look too bad. But it was a different story a few years ago. States were cutting budgets left and right, and one of the biggest casualties was the arts. As Stacey Vanek-Smith tells us, the money is coming back.

In “Night at the Museum,” night watchman Ben Stiller discovers the animals in the famed New York museum of Natural History come to life after hours.

[ Movie clip: This is a museum, I cannot tolerate this type of chaos. ]

But some real chaos hit arts institutions between 2002 and 2003. That’s when state funding for the arts tanked 13 percent.

California and Massachusetts cut budgets by more than half. Other states threatened to cut arts funding entirely.

Randy Cohen is with Americans for the Arts, an advocacy group based in Washington D.C. He says most arts institutions need state help.

RANDY COHEN: The typical non-profit arts organization only derives half its revenue from ticket sales and advertising. In order to make those cultural products accessible to the community, it’s very important that government play a role in supporting the arts in their states.

The state cuts left arts institutions across the country in dire straits. Theaters, ballets and museums slashed programs and staff.

Cohen says states realize the arts are a dynamite investment for local economies.

COHEN: Nationally, the non-profit arts industry generates about $24.5 billion in government revenue at the local, state and federal levels, which is a considerable return, since if you add up their investments, it’s about $3 billion.

That’s everything from tourism dollars to job creation.

The private sector’s done its part as well. Auction houses Sotheby’s and Christie’s have been raking in record profits and that means donors are in the mood to give. Eileen Kinsella is with the ArtNewsletter.

EILEEN KINSELLA: The broad interest in art and the rise in value has spilled over to them in a positive way in terms of the support they get from trustees, who many of themselves are major collectors.

Things look even brighter this year. After the budget dust has settled, states are expected to pour the better part of a half-billion dollars into the arts.