Dolans want Cablevision off the market

Dolans want Cablevision off the market

KAI RYSSDAL: The family that controls one of the biggest cable companies in the country is trying to take it private again. The Dolans took a stab at it a year-and-a-half ago but the board rejected their offer. Now James Dolan and his dad, Charles, are back. With more money and a simpler plan. More from Marketplace’s Amy Scott.

PORTER BIBB: First of all, it’s about 15 percent higher than their previous bid. Secondly, and most importantly, it’s all cash.

And so far it doesn’t involve breaking up the company. Under the previous offer the Dolans would have kept the cable business and saddled shareholders with the pieces they didn’t want, like Madison Square Garden and the Women’s Entertainment Network.

Jimmy Schaeffler follows the cable industry for the Carmel Group. He says the Dolans are anxious to escape Wall Street’s obsession with quarterly profits.

SCHAEFFLER: There is a philosophy here of long-term entrepreneurialship that the Dolans seek. And that runs counter to short-term financial goals that are sought by the financial world.

For example, investors initially punished Cablevision for its successful $99 bundle of video, broadband and phone service. Schaeffler says Cablevision may also be following a privatization trend. But John Higgins, an editor with Broadcasting and Cable Magazine, has another theory.

JOHN HIGGINS: When you look at the litany of missteps and problems that they’ve had, you know, they run the thing like it’s their own private company anyway.

Those missteps include an accounting scandal, a public father and son feud, and the recent revelation that Cablevision backdated stock options for a dead executive. Higgins says it’s much easier to pull that off when you don’t have regulators and shareholders looking over your shoulder. 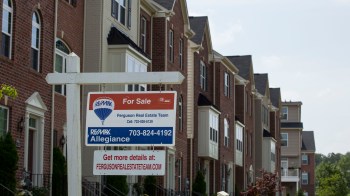