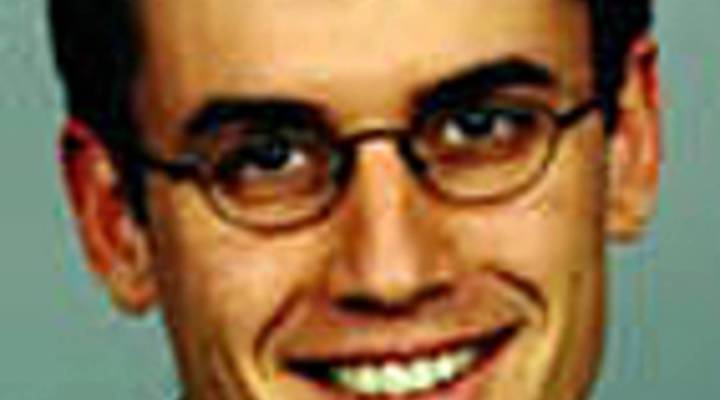 Behind the Waterfall Committee investigation

Behind the Waterfall Committee investigation

TESS VIGELAND: We presented a special report yesterday about an annual fishing trip. Each August, energy executives join some of Washington’s most prominent lawmakers at a remote Alaskan resort. Rooms cost about $1,000 a night. The executives who go contribute big bucks for the privilege. Marketplace found that at least three senators allowed others to pay their way. That’s a violation of congressional ethics rules. The yearly event is sponsored by a charity called the Waterfall Committee. Reporter Steve Henn says there’s more to the nonprofit than meets the eye.

STEVE HENN: Hi, how are you?

VIGELAND: I’m well. Thank you. . . . So, this charity raises money for breast cancer treatment in rural Alaska. Now, I know lawmakers aren’t supposed to get free trips, but does it make any difference at all when you’re bending the rules for a good cause?

HENN: Well, what I think is really fascinating about this story, personally, is that it was these types of charity fundraisers that were at the heart of the last, big travel scandal in Washington a decade ago. There had been ski trips and golf trips that were all set up to raise money for charities that, over time, became pretty lavish. And that created such a backlash in sort of ’94 and ’95 that one of the first things that the newly elected Republican House and Senate did in ’96 was to ban these trips. They just overwhelmingly felt that it made Congress look bad.

VIGELAND: So, if that’s the case, how is it that this particular trip has been exempted, has been able to continue?

HENN: Well, it wasn’t exempted. I mean, they didn’t change the rules for this trip. I think what happened was a number of people found different ways around the rules. So you had some people scheduling committee hearings so US taxpayers would actually fly a member of Congress, a senator, up to Alaska so he’d be there right before this trip. You had private companies sponsoring “educational trips” that would get members of Congress to Alaska prior to this trip. And then some would use political campaign funds. Instead of buying an ad on TV, they would spend the money to fly to Alaska and go on a fishing trip. One question that’s never really been resolved is who actually paid for the members of Congress to fish. Who paid their hotel bills? And that’s, for many of them, really an open question.

VIGELAND: How much of this event is truly charitable, and how much is kind of just a political schmoozefest?

HENN: There’s definitely a schmoozefest element to it here. But they do raise significant amounts of money for breast cancer groups in rural Alaska — over four years, $1.5 million. Interestingly, though, over the same period they spent $1.7 million on the fundraising itself.

VIGELAND: And, Steve, that’s not the only problem with this event, is it?

HENN: No. I mean, one of the things that I think is most interesting about this is how closely intertwined Murkowski’s political action committee and his political operation is with the charity itself. In 1999 and 2000, both groups were run by the same trusted former aide, a guy named Gregg Renkes — he’s an energy lobbyist — and he chaired the charity’s board of directors and he was also the treasurer of Murkowski’s PAC. They’d share fundraising lists and he designed events, political fundraising events that worked hand in glove with the charity events itself. So . . .

Several years ago Renkes organized an event where, before all of these energy executives and politicians would go fishing at Waterfall Resort, they’d come up and they went on a political fundraising cruise and raising thousands of dollars for Murkowski’s political action committee. The FEC actually ended up investigating that event and found the cruise ship itself was paid for by a corporation as were a number of other contributions. And that was a problem.

VIGELAND: So, what was the outcome of that investigation?

HENN: Corporate contributions to political campaigns are illegal. The FEC looked into those contributions, found that they appeared to be illegal, and Murkowski’s PAC was actually ultimately shut down. The PAC had to return $19,000 in improper contributions and pay fines.

VIGELAND: Reporter Steve Henn joining us from Washington. Thanks for the work, Steve.