Hangover cure on the way

Hangover cure on the way

SCOTT JAGOW: I’m betting there will be few hangovers in Germany during the next month. Just in time, a French company has a hangover cure and it’s looking to sell in Europe and the US. From our European Desk, Stephen Beard tosses a few back.

STEPHEN BEARD: The product is called Security Feel Better. The manufacturer claims it cures hangovers by removing alcohol from the bloodstream very fast. But the French authorities banned it, arguing that it could be used to evade the breathalyzer test and would encourage drunk driving.

Now a court has now lifted the ban and the company is keen to step up sales and penetrate the American market.

But one Commentator here dismissed the cure. There so much more to a hangover than nausea and a throbbing head, he says. Far worse is the guilty recollection of the fumbling ill-advised advances, the dancing on the tabletop with a lampshade on your head.

No hangover cure can undo what happened the night before.

In London this is Stephen Beard for marketplace. 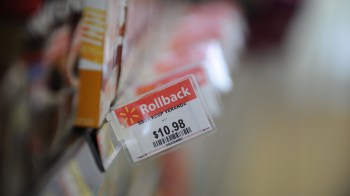