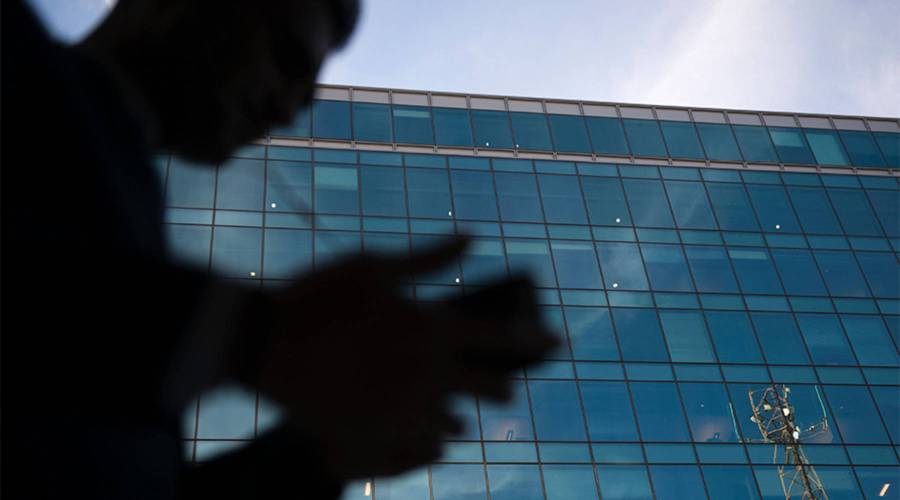 Ilya Fushman of Kleiner Perkins explains what his company is doing to improve representation in Silicon Valley.
Listen Now

For years, the venture capital industry has been pressured to be more diverse and inclusive — invest in and hire more women and people of color. By one survey, Black people make up only 1% of investment partners at venture firms. That’s seven actual people.

In the past month, I’ve talked with Black startup founders and investors about what it takes to drive real change in tech, and they said it’ll take work from big Silicon Valley firms and the big institutions that invest in those firms, called limited partners, or LPs.

I spoke with Ilya Fushman, a partner at Kleiner Perkins, and asked him what Kleiner is doing to improve representation in Silicon Valley. The following is an edited transcript of our conversation.

Ilya Fushman: We do need to lower the barriers to entry and to connect. We also try to connect new talent with tech in Silicon Valley, and we actually have a program called Kleiner Perkins Fellows. We connect them with internship programs in our portfolio companies and sometimes outside of our portfolio companies. When we started, the program was only 7% female. It’s about 50% female today. We’re about 7% Hispanic and 4% Black. Obviously, those are very early starting points, but hopefully we can achieve the same ramp on those measures of diversity as we did on gender diversity for that program.

Molly Wood: We spoke with Tiffani Ashley Bell last month. She’s the creator of the “make the hire, send the wire” movement. One thing she wrote is, “If you run a VC firm without Black partners, will you commit to adding at least one Black partner before 2022?” Is that something Kleiner Perkins is committing to?

Fushman: I think we’re committed to certainly increasing diversity. I think committing to hiring and expanding the team is hard. I think we can commit to having a diverse pipeline, but candidly, the scale at which the firm operates is very small. We’ve got a long ways to go in terms of expanding the footprint of the firm, first and foremost. We’ve gone, obviously, through a strong evolution of the firm itself, but we can certainly commit to having a diverse pool as we look at candidates. We’re investing in companies and products and founders that are diverse themselves, so we care very deeply about that part of our firm as well.

Wood: I hear you say all this, and it doesn’t sound that different from what we’ve been hearing for at least almost the 20 years that I’ve been in this industry. What would it really take to change this culture? Does it take LPs? Does it take your investor saying, “We understand that you’re committed to this, but you actually have to have a Black partner before 2022”?

Fushman: I think, ultimately, this comes down to us all actually doing the things that we’ve talked about doing. For us, it’s identifying amazing entrepreneurs and founders or executives who can become those partners down the line. I would love for us to be able to add an ethnically diverse partner. I think committing to hire by 2022, it’s hard for me to commit because I’d want to make sure that we actually execute on it properly.

Wood: I guess the question really is, there seems to be agreement that this is a systemic problem that needs systemic solutions. Do you feel like the solutions that you’re proposing are systemic, that they go deep enough?

Fushman: The fundamental systemic change starts with changing the types of people that are in technology and giving more access, and that’s why I’m so excited about the fellows program. That winds up being a feeder to everything else. I think it’s all happening. I wish it would happen faster.

Wood: Couldn’t you be that change? I hear you, and I hear that you’re doing these things, but you say you wish it could happen faster, and I feel like you’re the guy, man.

Fushman: My view is, I think we are making the changes, and by the way, adding partners to the team is something that’s a very significant commitment, in general, because these relationships will last decades. I think you have my commitment that we will look, and we have to look and we’ll commit to looking, for diverse candidates as part of that process.

Wood: Are you hearing from LPs? I’ve heard for years and years that real change would come from the investors in the investors, and I wonder if any of those conversations are starting to change?

Fushman: I think our LPs are like minded with us, and we are lucky to have an incredible base of limited partners that have been supportive of Kleiner Perkins for decades. They think that diversity results in better investments, better returns. We’re all ultimately, at the end of the day, focused on backing the best entrepreneurs and the best companies that deliver for us the best returns to our limited partners. You will see in the coming future that we’ll get a very similar emphasis on ethnic diversity as well.

Bloomberg has a piece from Tuesday about how investment is on the rise in venture capital funds that specifically intend to back diverse founders. In fact, there’s even a little gold rush on as institutional investors compete to put money into funds with more diverse portfolios. Those moves coincide with the protests and growing awareness that systemic racism is a human rights issue and an economic issue. It’s just bad business not to be inclusive. Since the protests began in the wake of George Floyd’s killing in Minneapolis, SoftBank pledged $100 million to a new fund. The Black-led venture capital firm Base10 raised $250 million, according to Bloomberg, and the story profiles Sean Mendy and his firm Concrete Rose Capital, which launched this week with a fund of $15 million to start. Mendy told Bloomberg he’s been turning money away and could end up with a much bigger pot.

It’s possible that firms that don’t have concrete plans or goals around diversifying their investor base or investing in diverse founders could just end up disrupted, which is the Silicon Valley way, I guess.

Civil rights groups met with Facebook on Tuesday and reported disappointment with the conversations. The organizations Color of Change, NAACP, Free Press and the Anti-Defamation League put out a statement after the meeting saying they asked Facebook to hire an executive to focus on civil rights, bias and hate speech, allow regular third-party audits of hate speech and misinformation on the platform and make the company’s community standards more focused on preventing discrimination and bias. Their statement said Facebook delivered spin and talking points. The groups said they will continue to press advertisers to boycott the platform.

Earlier on Tuesday, Sheryl Sandberg, Facebook’s chief operating officer, posted a statement on the platform saying the company would release the results of an independent civil rights audit today. It’s actually been in progress for two years. She said Facebook would publish a new diversity and inclusion report about its own workforce. More to come as we get a look at those.

John Doerr on the virtues (and perils) of goal setting 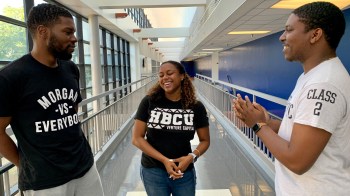