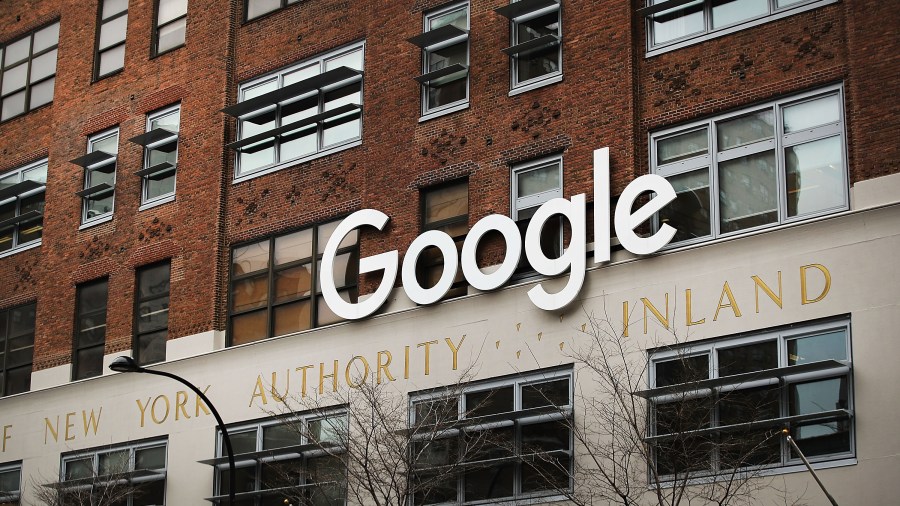 Google will require its app developers share information about what data their apps collect and for what purpose.
Listen Now

About seven months ago, Apple rolled out some new features that let users see exactly how apps collect data about us and share it with advertisers. The privacy “nutrition” labels run pretty much on the honor system: It’s up to the app makers to provide the information. Now, Google is revealing how its own labels might work for Android.

I spoke with Ashkan Soltani, a fellow at Georgetown Law’s Center on Privacy and Technology, who said we can get a sense of how effective Google’s labels might be by looking at how Apple’s have worked so far. The following is an edited transcript of our conversation.

Ashkan Soltani: I don’t think [the] labels themselves were all that effective. But I do think the fact that Apple bundled the labels along with this pop-up that consumers got, which asked if they want to allow the app to track them — the combination of raising awareness, but also giving consumers a choice to opt-out of that tracking …

Meghan McCarty Carino: So it’s kind of like a one-two punch there?

Soltani: Correct. So Google is doing the first part of that one-two punch, where they’re raising awareness about tracking, they’re requiring app developers tell consumers the purposes for which they’re collecting data. But importantly, unlike Apple, Google is not providing consumers with a way to opt out or to block particular types of location collection, for example, tracking across apps, which is the real important piece of Apple’s changes.

McCarty Carino: When it comes to the actual nutrition labels, one of the issues that you raised last time was that [the nutrition labels] are going to be self-reported by the app makers. Have there been any checks to make sure that the information in these labels is actually correct?

Soltani: That’s been one of the most critical pieces of this ecosystem, that it’s all on the honor system. And not only honor system from the app developers in being honest about the information they collect, but also from Apple and Google actually following up and enforcing. If they do find out, for example, that an app developer, like a major app developer, isn’t being accurate about their data collection, will Apple and Google enforce or kick off that app from the store? We don’t actually know. We saw a little bit of this very early on with Bytedance and TikTok, and a couple other companies that were exploring technical ways to circumvent Apple’s privacy protections. And it did seem like Apple had maybe stern words with those companies or there was public posturing, but we don’t have a lot of insight or detail. We’re just trusting that these platforms have our best interest [in mind]. That’s different from, for example, in California, [where] we have a law that essentially requires companies to honor certain kinds of opt-outs — that’s the California Consumer Privacy Act. There, you have not only companies potentially enforcing this, but you have state attorneys general that can essentially subpoena companies and then fine them for not honoring their privacy promises or their promises to opt out. So that, I think, is potentially a better system than the self-regulatory model. But that’s, of course, not available everywhere.

McCarty Carino: If Google doesn’t have any plans to add this second punch in the one-two punch, are the nutrition labels, then, going to be very effective on Android?

Soltani: I expect no. Most consumers, even when they’re made aware of privacy invasions, often continue to use the apps and services because they don’t have a choice. And just because we tell consumers they’re being surveilled, [it] makes them uneasy, but doesn’t prevent them from using these apps, because they rely on Facebook to communicate with their family. They rely on Gmail, they rely on WhatsApp to communicate with others, so I don’t think just raising awareness does much except make people uneasy, unfortunately.

McCarty Carino: Within that broader market and its effect on, say, companies like Facebook and their reliance on targeted ads, how important is it for Google to cumulatively add on to the effect of Apple? Or is Apple big enough that it can change the landscape on its own?

Soltani: Well, what was interesting and surprising is Apple hit 50% of the smartphone marketplace. Previously, just two years ago, Apple only had 30% of the market, and so we’re seeing iPhones really take off. But it’s still significant, right? This is only 50% of the market. You still have a whole other half of the market using Android. And having Android users not only be aware of privacy practices of the apps they use, but also have the ability to, for example, block tracking is, I think, going to be important. Without Google stepping up and following up with that second punch, I don’t think there’s going to be much change or much effect on that second part of the market, except for maybe some uneasiness.

McCarty Carino: Given that, why do you think Google doesn’t have plans to do this?

Soltani: Well, Google’s primary business model is behavioral advertising, whereas Apple’s business model is selling products. Google, by adding that second choice — by preventing apps from sending them data — will be cutting off a very important and valuable stream of information to their platform that they used to sell ads. Essentially, they would be handicapping themselves. This move to add privacy labels, I feel, is kind of a public PR move to compete on these nutrition labels.

And about that honor system — Apple told us if app developers misrepresent their data policies, federal regulators could go after them under privacy and consumer protection laws.

Google is strengthening anti-tracking protections for Android users, but has not said it will put the button in their face the way Apple has.

The Verge has some screenshots of what Google’s new nutrition labels will look like. They could start appearing in the Google Play Store next year.

And already, we’re seeing some effects from the changes Apple made. Facebook Chief Financial Officer Dave Wehner, on a earnings call last week, said: “We continue to expect increasing ad targeting headwinds in 2021 from regulatory and platform changes, notably the recent iOS updates.”

The Wall Street Journal reported earlier this month that advertisers have begun shifting spending to Android as an estimated two-thirds of iOS users opt out of in-app tracking. Whether that shift in ad spend holds up after Google’s privacy labels roll out might be a good indicator of how effective they are.