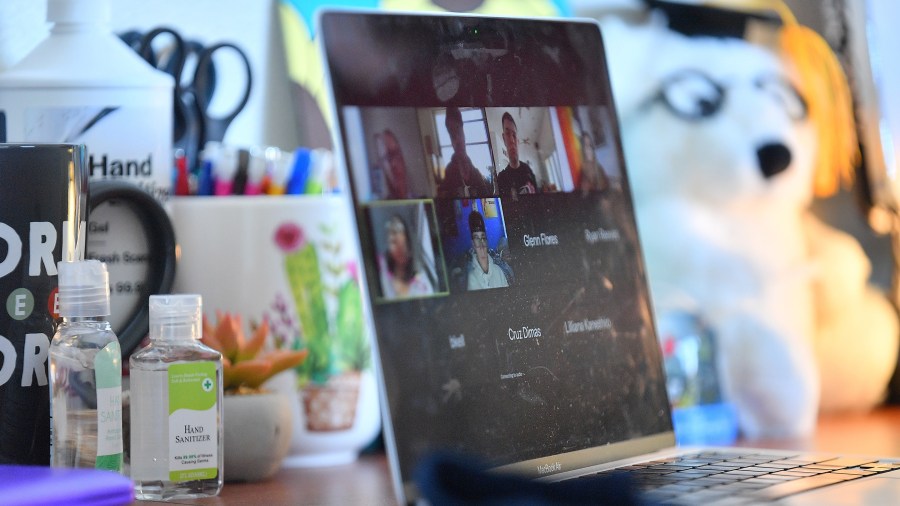 Half of the city's public school students come from low-income families, and about 15% have disabilities.
Listen Now

Like other districts around the country, the city of Baltimore is weighing whether and how to return to school in person. Right now, most public school students there are attending classes virtually. Half of those students come from low-income families and about 15% have disabilities, which adds to the challenge of teaching and engaging students remotely.

I spoke with Sonja Santelises, the CEO of Baltimore City Public Schools. I asked her how the district was fixed for technology going into the pandemic. The following is an edited transcript of our conversation.

Sonja Santelises: We had a ratio of about one device for every four students. What has rapidly changed over the past few months is we have purchased 55,000 devices so that we can distribute those. We’ve distributed probably close to 45,000 to 48,000 of those. The other piece that’s changed is we have far more technology in use, with far more adults trained than we ever had prior to the pandemic.

Amy Scott: More than half of Baltimore City public school students come from low-income households. How has that added to the challenge, given the huge digital divide we have in our country?

Santelises: You know, we had probably close to 20,000 families in Baltimore City that did not have access to broadband. A lot of what we’ve also had to do, frankly, is work with others in the community to leverage relationships and partnerships to make sure that the majority of our families would receive broadband. So everything from negotiating and, frankly, paying for some of the internet access. We have about 15,000 hotspots that we have had to give out.

Scott: But even when kids have the devices and the internet connection at home, there are challenges. I’m sure you saw the ProPublica story by Alec MacGillis profiling a child who was constantly searching for the right link just to get into class because it was always changing and his access was unreliable. How is the district making sure kids like that don’t fall through the cracks?

Santelises: His piece captured what happens after the ground-level challenges of devices and internet access are addressed. And we’ve had parents, through no fault of their own, who even when they’re calling our central lines for assistance aren’t sure where the spacebar is, or in the case of the student that Alec profiled, if you don’t know how to switch from one platform to another, it can be a real obstacle. It’s one of the reasons why we needed to add more support through our hotline, because it takes longer if there’s something new. We’re really seeing what happens when we allow whole segments of our community to not have access to really what is an essential in the 21st century.

Scott: Do you feel too much is being asked of schools to close that gap, given that a lot of the reasons behind the digital divide are societal?

Santelises: I think that that happens a great deal within public schools in our country, and just the way that we approach — and I’ve said this on a variety of occasions — the way we approach policy and supports for families in this country is often very siloed. It’s truncated in one area, and it doesn’t connect in another. And so families are left, really navigating the landscape on their own, when really those of us in service should be the ones navigating. We knew that the obstacles we faced in the spring were not going to be a sufficient enough excuse, nor should it be, for young people learning, and so you do what you need to do. But, that being said, I do think it is a moment for reflection and pause, that we are asking schools to be centers of feeding for families, centers of technology for families. It really should, very frankly, quite obviously, surface larger questions about what our family support policy is as a country overall.

Santelises: What we found was about a $21 million gap between the resources we were able to garner from, not just government grants, but our own repurposing of resources, as well as some donations from the philanthropic community. And in the case of Baltimore, everyday citizens, who donated everything from either a full device or whatever financial contribution they wanted to make to the fund, really helped begin to bridge that divide. However, we still found ourselves with about a $21 million difference, which is why we began taking the financial measures that we did. Because what we knew was that between technology, between protective equipment, cleaning supplies — we heard loud and clear from our families that they wanted evidence that we are going to be able to keep their students safe in any discussion about returning to school. And even in the virtual environment, we knew that for that to be viable, we would need to continue to help make sure that internet was available and that, again, we’re closing the divide on the devices.

Scott: Is there anything about this experience that you think might improve Baltimore’s education systems going forward?

Santelises: Yes, I do, actually. It’s been those silver linings in the crisis that have emerged. I think what is happening is we are seeing — I certainly am seeing — what happens when your strongest teachers have greater access through technology to larger numbers of students. So the idea that every teacher has his or her own individual classes in some of our schools and in some of our community learning networks. Not all of them yet, but we are seeing the glimmers of that. We’ve lifted up opportunities for far more effective interventions and acceleration opportunities for young people, so a lot of our virtual tutoring that we’ve been really building up. It would have taken us three years to get the number of staff on board and familiar with technology that took us by way of necessity, only about four or five months. [It] doesn’t mean that there’s not more learning people have to do, but we are so much further ahead in that because of necessity.

Sonja Santelises says the district has made progress on attendance. In the first week of school, just 65% of students were logging in on a given day. Last week, that was up to 84%.

I mentioned ProPublica reporter Alec MacGillis’ really troubling piece, which is called “The Students Left Behind by Remote Learning.” The story follows Shemar, a 12-year-old from a low-income family in East Baltimore, as he navigates the many challenges of logging in to virtual school. It’s a long read and worth it to understand the obstacles that so many students in Baltimore and around the country are confronting this year — and the hard choices schools face in balancing overall public health and the well-being of children.

And if you want to hear more from Santelises, here’s an interview with WYPR’s Sheilah Kast. She talks more about the city’s partnership with Comcast to provide internet access to thousands of low-income families to the tune of $650,000 through December and what happens after that. Because even when students do go back to school in person, in some form, virtual learning isn’t going away. 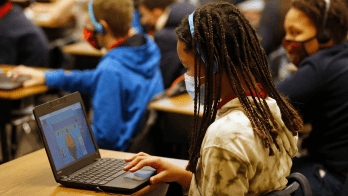 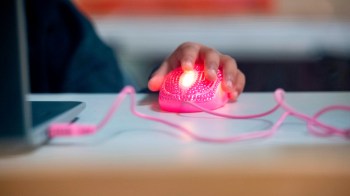 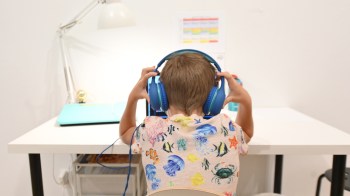