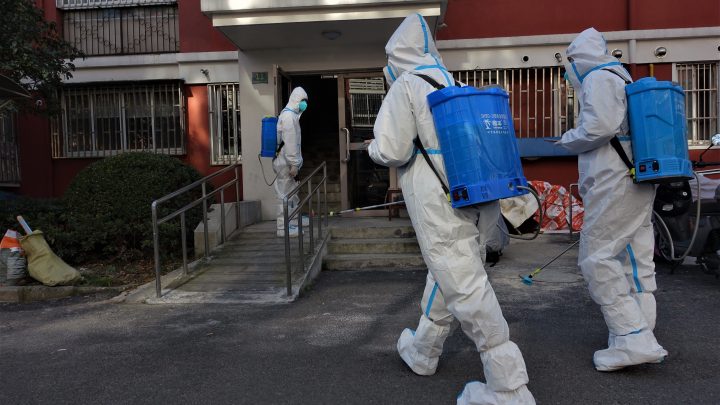 COPY
A disinfection squad enters a residential building in Shanghai, responding to a confirmed COVID case. Under China's zero-COVID policy, these teams could forcibly disinfect the homes of people who contracted the virus. Charles Zhang/Marketplace
COVID-19

A disinfection squad enters a residential building in Shanghai, responding to a confirmed COVID case. Under China's zero-COVID policy, these teams could forcibly disinfect the homes of people who contracted the virus. Charles Zhang/Marketplace
Listen Now

China will reopen its borders this month, after nearly three years since the start of the COVID-19 pandemic. Officials announced in late December that they intend to drop mandatory quarantines for everyone, including inbound travelers, beginning this coming Sunday.

It’s part of the pivot away from the country’s stern “zero-COVID” policy, which has had a whiplash effect on businesses and workers.

Zero-COVID was effective. At first.

It’s how Chinese factories were able to go back to work, just as the U.S. and much of the world went into lockdown in the spring of 2020. Then came the omicron strain — less deadly, but more contagious.

For 61 days this spring, I could not leave my Shanghai home unless I heard a tune blasting from a megaphone outside my window directing me to grab food handouts or get another PCR COVID test. Some buildings were barricaded. The usual access to food and medicine was cut back.

Nine hundred miles south in Guangzhou, Helen Su worried that her city might be hit with a Shanghai-style lockdown.

“I bought lots of food, like instant noodles. My fridge was always full,” Su recalled. She has since stopped, “but I still stock up on enough food to last me for more than 10 days.”

She said she and her co-workers were more anxious about COVID restrictions than the virus itself.

China’s government says the measures saved lives, but when it came to vaccinating the elderly, it didn’t push too hard. Only 40% of people over the age of 80 have had their third shot, which is needed to prevent a COVID infection from becoming a serious illness. China recently approved the Pfizer-BioNTech vaccine; it is more effective than the Chinese-made vaccines but available only to German nationals.

Su said her mom has underlying health conditions and worried that the Chinese vaccine could worsen them. Her mother consulted her doctor, who advised against taking the jab.

Instead, China’s zero-COVID policy relied on relentless testing. In Shanghai, most venues required a negative PCR test every 72 hours, while in Shenzhen city in the south, it was 24 to 48 hours. A negative PCR test kept residents’ health codes green. Those codes were scanned when people got on a subway or bus and entered buildings or even public washrooms.

If a COVID case was discovered at a business, anyone who had been scanned in could have their health code turned red and be forced to quarantine — along with their contacts.

At one compound in Shanghai, some residents resisted. The building management set up a megaphone at the entrance with a recorded message on repeat: “Why aren’t you scanning? Aren’t you ashamed? Are you so low? What will others think?”

In late November, protests against zero-COVID measures broke out in several cities. In Beijing and Shanghai, crowds chanted, “No more health codes! No more PCR tests! We want freedom!” plus “No to dictatorship! Yes to democracy!” Some called for the end of Communist Party rule and for its top leader, Xi Jinping, to step down, which is quite a dangerous thing to do in China.

Meanwhile, domestic media hammered home the dangers of omicron and long COVID in the U.S. But, just three days later, a leading Chinese infectious disease expert, Chong Yutian, said there was no evidence of long COVID in China. Two days after that, officials in Guangzhou city removed their masks before starting a news conference.

“It kind of feels a little bit like a new anarchy,” independent commentator Ansel Li said in Shanghai, adding that the government had so much control over how people went about their daily lives.

Suddenly, the mass testing, lockdowns and health codes were gone.

“You kind of feel like the society has come back,” Li said.

There hasn’t been much time to celebrate, though.

Infections have rocketed, though their true scale is not clear. China has stopped publishing COVID infection data since people are no longer testing regularly. There has been a run on fever and cough medication. Hospitals are overwhelmed, as are crematoriums.

Family members and friends now have to negotiate COVID protocols, which had been taken out of their control under the zero-COVID policy. “If I don’t want to get infected, can I ask people around me to do rapid tests, wear masks and to self-isolate when there is a risk?” Li asked in an article he wrote on WeChat.

Some people have posted about the chaotic reopening on TikTok’s sister platform in China, known as Douyin.

There has also been pushback against those who argued that zero-COVID restrictions choked off business.

“The streets are empty. No one wants to come eat. This is the worst I’ve seen it in the restaurant business over the past three years,” said one restaurant owner in southern China’s Zhongshan city.

Clearly, there are people who miss the old zero-COVID policy. Now that infections are surging, it’s up to individuals to protect themselves. 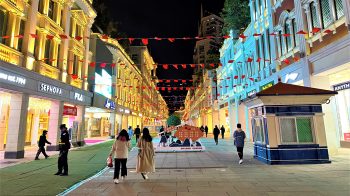 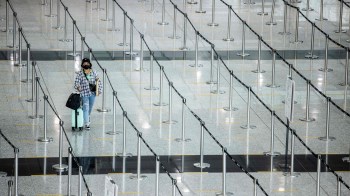