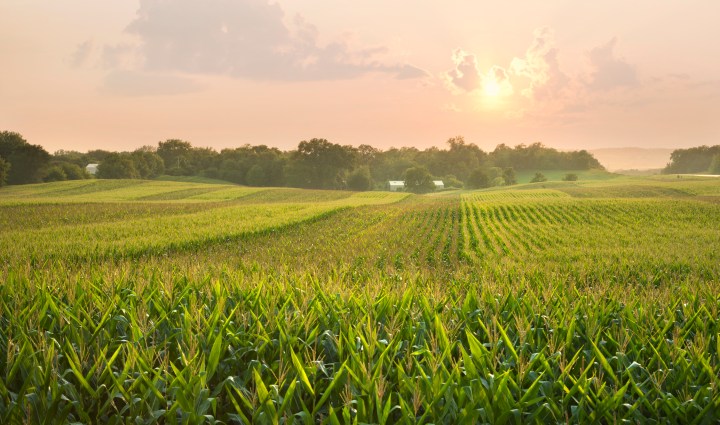 Next week, the Agriculture Department will release an update about how much grain farmers produced this summer. American grain has been in high demand this year, especially after Russia’s invasion of Ukraine cut off a major source of corn and wheat for much of the world. But in recent weeks, we’ve been learning that U.S. grain yields aren’t doing as well as predicted.

When visitors pulled back the husks on some ears of corn, “they saw that the kernels of corn maybe only filled out the actual cob itself three quarters of the way,” said Naomi Blohm with Total Farm Marketing, who adds that’s because the summer’s been hot and dry – especially in western parts of the corn belt.

“And so the yields for corn in Nebraska, and Western Iowa, and other parts of the Midwest, are down dramatically from expected levels,” she said.

Eastern parts of the country could help make up for that lost yield. But agriculture economist Dan Sumner at UC Davis said a smaller U.S. crop puts pressure on global supplies.

“It does make it that much harder to make up for the fact that Ukraine wasn’t able to plant the full crop this year, and may well have problems harvesting,” he said.