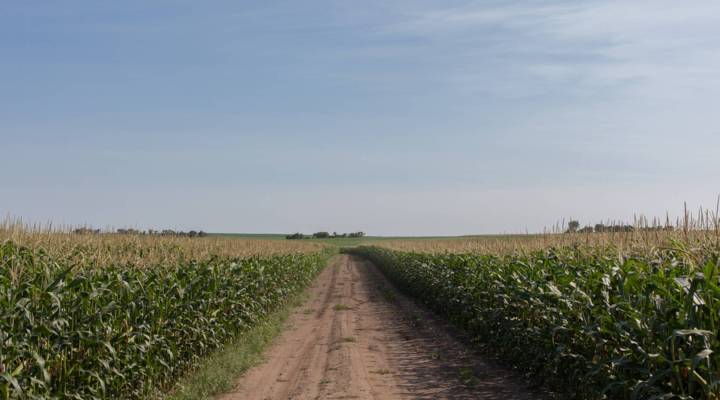 The president and his spokesman today talked about making changes to U.S. trade policy. Those changes will impact slices of the economy that you might not expect. Keith Alverson is a sixth generation corn farmer in Chester, South Dakota. He says that while he and other corn farmers are optimistic about the future, they have concerns over potential policy changes. He spoke with Marketplace Host Kai Ryssdal about how he views the new administration. Below are a few excerpts from the conversation.

On the corn business in South Dakota this year:

We had a bin-buster crop. We busted the grain bins and so it was a record crop for us — at least on our farm and a lot of farmers in the area. We had some hiccups in some parts of South Dakota where the weather didn’t cooperate quite so well but things are looking up. Everybody is feeling pretty good about the crop production end of things. Of course, the prices are down just because we’ve got such a big supply. So that puts a damper on things but everybody feels good about growing a big crop.

On how the corn industry feels about the recent political discussion in America:

I think  we’re optimistic about the future. Most farmers you’ll find are optimists. We talk pessimistically now and again but we’re kinda going into this with nervous anticipation. Trade and global issues are a huge deal to us just because about 15 to 20 percent of our corn crop gets exported so it’s a big deal when we start talking about trade issues.

We’ve heard good things. He’s been involved in the grain business throughout most of his life and has been successful at that, and so he knows the value of trade and marketing and things along that line, and so we are optimistic and looking forward to working with him.

On what concerns he and other farmers have been discussing lately:

One of the things that we have heard throughout the election process is concern over potential regulations within farming and industry. So those things are always a concern. We talk a lot about — in my area especially — ethanol and how it’s going forward. The renewable fuel standard is one of our very top priorities within the whole corn world. And so how this plays out and support for that has really been important to us, and to have that be a successful and vibrant industry.

To hear the full interview, click on the audio player at the top of the page.