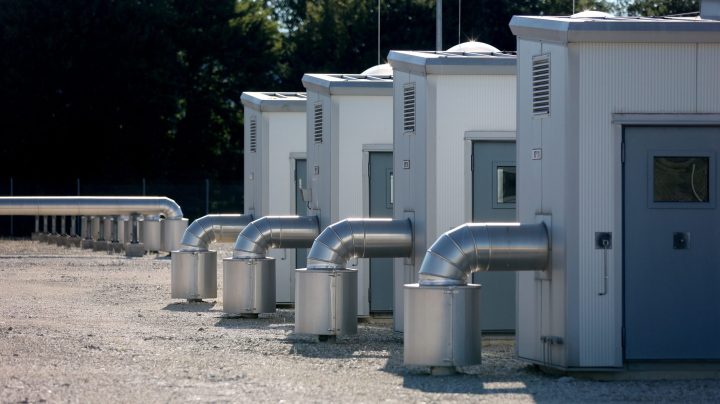 Over the past few days, Europe’s energy crisis has started to look like it might turn into a financial crisis as well.

On Friday, Russia’s state energy company Gazprom announced it would not resume pumping natural gas through the Nord Stream pipeline. That news caused the price of natural gas to take off like a rocket; one benchmark jumped by around 30% Monday.

Suddenly, a whole bunch of European utilities had to put up a lot more collateral in order to keep trading on natural gas markets.

Bloomberg reported Tuesday morning that more than $1.5 trillion was tied up in collateral for energy trades. European governments have been extending credit to utilities so they can keep trading on the natural gas market.

But the turbulence in the natural gas market is threatening the ability of some European utilities to buy the gas they need.

The reason utility companies find themselves in this position — aside from the high cost of energy — is because they play the market in order to smooth out fluctuations in energy prices.

For instance, they’ll bet that the price of energy will go up a certain amount, and if they win the bet, they can use some of those winnings to keep down the price they charge their customers.

“They try to protect against the risk to their company’s profits,” said Morgan Bazilian, a professor of public policy at the Colorado School of Mines.

Which means they have to put up more collateral — in some cases, so much that they may not be able to do business anymore.

“We’re in a situation here which is extremely dire,” said Matt Smith with the data and analytics firm Kpler. “You could see widespread utility companies essentially going bankrupt, just because they do not have the cash available to run their day-to-day operations.”

Governments have been stepping in to backstop them, Smith said. But it’s likely that more government support is going to be needed.

Meanwhile, the high prices and volatility in the energy markets are already having significant ripple effects in other markets too.

“Something like 70% of fertilizer production is offline in Europe right now, because natural gas is just too expensive to make the economics of making fertilizer work,” said Jason Bordoff with Columbia University’s Center on Global Energy Policy. “That is going to affect agricultural output in developing countries, emerging markets across the world in the coming months, and potentially worsen a food crisis that was already underway because of Russia’s invasion of Ukraine.”

Because, he said, energy markets, food markets and, well, pretty much everything is interconnected.