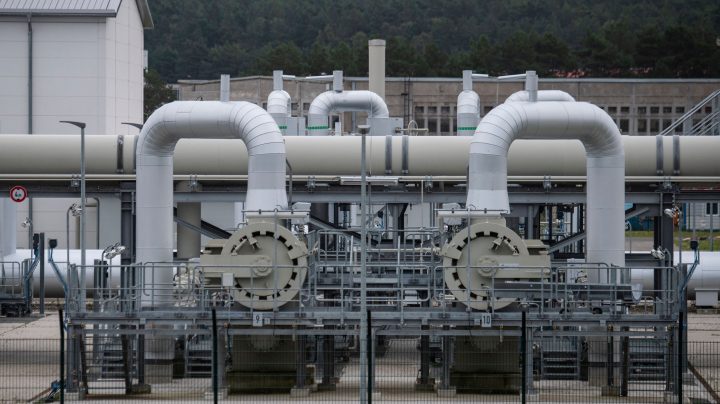 Sanctions are a tried and true way to influence geopolitics. But sanctioning Russia and keeping the punishment isolated there isn’t an easy task, especially when it comes to the energy sector.

For about the past six months, the amount of gas that Russian energy giant Gazprom has been sending to Europe is below what it had been sending for years, despite demand for it.

“Gazprom’s explanation for this is that they only want to sell long-term contractual volumes, and they don’t want to sell on the spot market. But I don’t think it fully holds water,” said Gabriel Collins, a fellow in energy and environmental regulatory affairs at Rice University.

Because, he said, the prices they’re able to charge for that gas on the spot market is historically high, so commercially that doesn’t make sense. But Gazprom is state owned.

“Its operations are 99% commercial, but the other 1% can be a huge problem when you’re a customer that finds yourself over a barrel. And I think that’s where Europe finds itself at this moment in time,” Collins said.

Politicians in Europe and the United States have been reluctant to sanction Russia’s oil and gas industry, because while it might tie up the Russian government’s purse strings, energy markets are global and will react to disruptions. Maria Snegovaya, a visiting scholar at George Washington University, said that Russia knows this.

“So that’s part of a deliberate policy, and it’s unfortunate that the West sort of did not adjust to that situation until now where this is definitely used as some sort of leash on which the Kremlin hopes to keep the [European Union],” she said.

“It’s an obvious use of energy as a political weapon by the Kremlin,” said Benjamin Schmitt, a senior fellow at the Center for European Policy Analysis. “And it was meant to undermine the potential for Western responses to exactly what we’re seeing now,” Schmitt said.

Though the sanctions announced by the White House didn’t directly address Russian oil and gas, Biden said that he would ratchet up sanctions if the invasion of Ukraine went further.