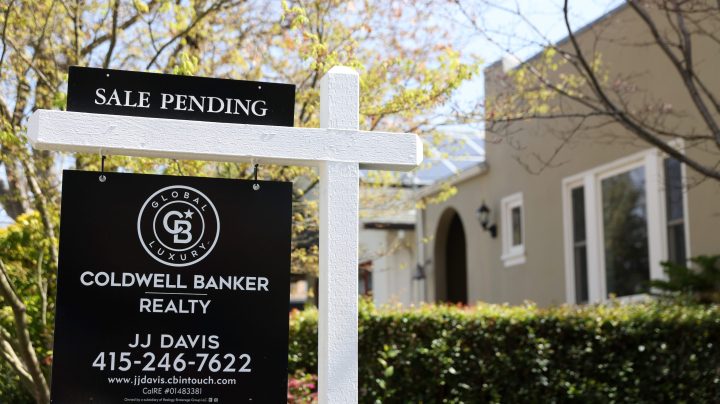 We talk a lot about housing “affordability” at Marketplace — what is often referred to as an “affordability crisis.” Home prices, especially in the hottest coastal and urban markets, have been going up by double-digits. There aren’t enough new homes getting built and increasingly, young families that are finally are ready to look for a first home find they’re flat-out priced out.

Now, add the impact of mortgage rates, which were around 3% at the beginning of the year. On Thursday, Freddie Mac reported 5.55% for the average 30-year-fixed-rate mortgage.

All that’s pushed the cost of owning a home, in the form of the monthly mortgage payment, way up.

According to the Mortgage Bankers Association, the average monthly payment on a new mortgage in July was $1,844. That’s $461 more than it was in December, before mortgage rates started going up.

“In the last two months, the affordability was above where it had been,” he said.

Mortgage rates have fallen back by about half-a-percent from their peak back in June. Meanwhile, people’s wages keep rising.

So home affordability — a ratio of average income to average monthly mortgage payment — has improved slightly.

And there could be a bit of light on the horizon, said Lawrence Yun at the National Association of Realtors. He predicts with the downturn in the housing market, annual home price increases will slow to about 5% by year’s end.

“The fact that mortgage rates may have already peaked and beginning to stabilize, maybe this is a hopeful sign that affordability will no longer worsen,” Yun said.

Meanwhile, anyone who did buy a home in the last few months is stuck with a pretty high monthly payment now.

While nearly half wished they’d waited until home prices come down — if that ever happens.

Home-buying: It’s a crap shoot, for sure.

The U.S. housing market is in a weird place