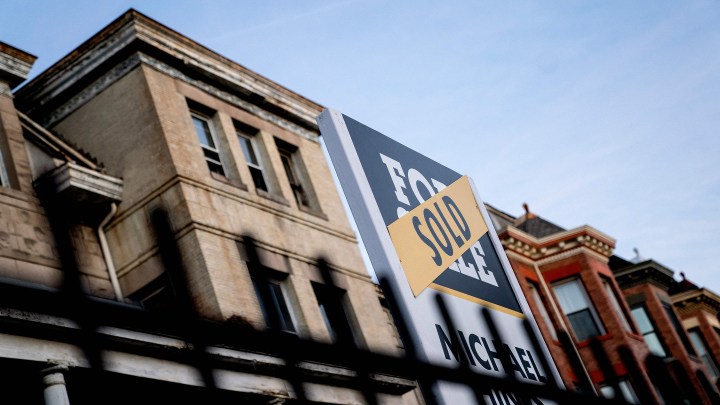 COPY
The housing market cooldown comes after two banner years during the pandemic when demand went through the roof and prices rose by double digits. Stefani Reynolds/AFP via Getty Images

The housing market cooldown comes after two banner years during the pandemic when demand went through the roof and prices rose by double digits. Stefani Reynolds/AFP via Getty Images
Listen Now

There has been lots of news on housing this week, and pretty much every single indicator has pointed down, from homebuilding to home selling.

A lot of this can be chalked up to higher home prices combined with the Federal Reserve’s fight against inflation, which has helped to jack up mortgage rates from about 3% at the end of 2021 to just over 5% last week.

After two banner years during the pandemic when housing demand went through the roof and prices rose by double digits, “the entire housing market is cooling off very rapidly,” said economist Ben Ayers at Nationwide insurance.

Ayers pointed to existing home sales: They’ve been down for six straight months and are now 20% below February levels. Add to that “home construction, where builder confidence has really plummeted, and they’re cutting back particularly on single-family homes,” he said.

Housing, which accounts for about 4% of GDP, is now in recession, said economist Robert Dietz at the National Association of Home Builders. He said there is still a skilled-labor shortage in construction, thanks to the lingering effects of the pandemic and a wave of baby boomers retiring.

“We have not yet seen net job losses,” Dietz said. “Where we can see some of the slowing is a reduction in the number of open, unfilled jobs being advertised.”

But the mortgage sector is downsizing, said Guy Cecala at Inside Mortgage Finance. He said as rates have risen, new loans and refinancing have plummeted.

“Mortgage originations are going to drop 50% or more for 2022,” Cecala said. “Lenders, all of them are laying off staff.”

All of this is starting to cool down prices and those frantic bidding wars between buyers, said Nicole Bachaud at online real estate firm Zillow. She said this reflects an ever-worsening affordability crisis.

“Prices and mortgage rates have gotten so expensive that many buyers are being completely priced out of the market,” Bachaud said. “Sales numbers are dropping because people aren’t able to buy homes anymore. As a result, sellers are cutting their list prices.”

Zillow’s home price index fell in June for the first time in 10 years, though it was only by the equivalent of about $366. Bachaud said it would need to fall a lot more to really help folks who’ve been priced out of the market.

Meanwhile, according to a recent survey, many folks who did manage to buy a first home in the past year are financially stressed out by their monthly mortgage and homeownership costs, said Bryce Colburn at U.S. News & World Report.

“Fifty-nine percent feel that they are house rich and cash poor,” Colburn said.

New homeowners said they found the experience more stressful than breaking up, starting a new job or having a new baby.