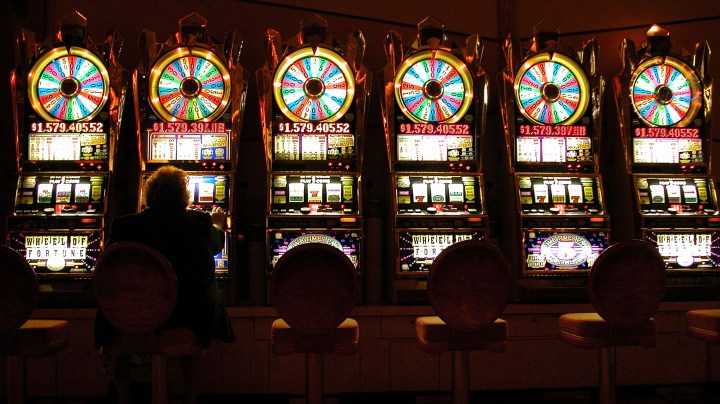 COPY
Fresh demand for recreation and gaming, pent up during the pandemic, has helped casinos rebound. Mario Tama/Getty Images

Fresh demand for recreation and gaming, pent up during the pandemic, has helped casinos rebound. Mario Tama/Getty Images
Listen Now

The tribal gaming industry took a major hit in the early days of the pandemic, but it’s rebounded dramatically.

Tribal casinos brought in a record $39 billion in revenue in 2021, according to the National Indian Gaming Commission, the federal agency that regulates the industry. That’s up 40% from 2020 and 13% over pre-pandemic levels.

Gaming tribes rely on their casinos to fund government operations, pay for social services and keep their citizens employed.

So when the casinos all shut down in March 2020, “there was a lot of apprehension, a lot of uncertainty,” said Matthew Morgan, who heads up the Oklahoma Indian Gaming Commission. “The goal was not just to reopen, we knew we had to do it in the right way.”

And that paid off, according to Jonodev Chaudhuri, ambassador for the Muscogee Nation and former chair of the National Indian Gaming Commission.

“Because of that preparation, Indian Country was a natural place for recreation when people needed to start living life again.”

That pent-up demand helped the industry recover, said Steven Light, who studies tribal gaming at the University of North Dakota.

“People are interested in getting out and socializing,” he said. “They’re also interested in some of the new kinds of opportunities, notably for sports wagering.”

Which many gaming tribes started offering in the last few years. But Light said the benefits aren’t felt equally across Indian Country. “That was the case before the pandemic. It’s more striking with these current numbers.”

Those current numbers show the industry rebounding most strongly on the coasts. Most rural gaming tribes are still getting back on their feet, Light said.

Like the Menominee Tribe in northern Wisconsin, whose chairman is Ron Corn. “We just recently reopened table games. Everybody’s struggling for employees.”

That, he said, is the biggest barrier to a full recovery.