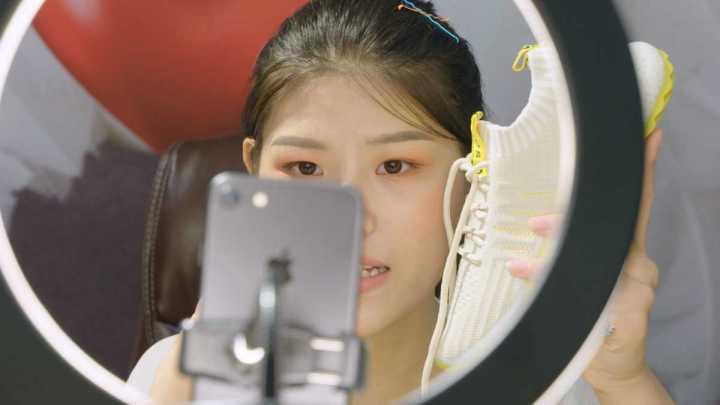 The Oscar-nominated documentary explores the rise of China's middle class, zeroing in on an economy in transition. Visit Films

The Oscar-nominated documentary explores the rise of China's middle class, zeroing in on an economy in transition. Visit Films

The Oscar-nominated documentary “Ascension,” our Econ Extra Credit selection for June, brings the viewer up and down various social and economic ladders.

Take the opening scene, an outdoor job market where recruiters with megaphones advertise jobs at local factories that pay the equivalent of $2.99 an hour. The pay is low by the standards of the cities where many of China’s factories are located, but the promise of upward mobility, however distant, is enough to draw in workers. By the film’s end, viewers are taken to the high-rise apartments and boardrooms of the nouveau riche.

“It’s more intense here than in the U.S. [because] China has 1.4 billion people. Competition is fierce.”

Many Chinese people have experienced real improvements to their income and purchasing power due, in part, to the rapid industrialization achieved over the past 40 years or so. And China’s economic growth is staggering. The gross domestic product of the world’s second-largest economy reached $14.7 trillion in 2020.

But that aggregate number hides the fact that income per person was only $10,434 in 2020, about a sixth of what it was in the United States that year.

The Chinese average may seem modest to an American, but it tracks with promises made by President Xi Jinping, who pledged to bring income per person to $10,000 by 2021. Xi has promoted his vision of a Chinese dream, one brings “prosperity for all Chinese people by 2049,” by eliminating poverty, pollution, corruption and ethnic strife. Xi’s vision has also promoted ethnic nationalism, excluding certain minorities living in China. This 2015 piece from The Atlantic delves into the paradox.

“When [Chinese people] have children, if all goes according to plan, then their children go to university, get a good job, get good pay and get a better life,” Pak explained.

Researchers have found that most Chinese people believe they can and will move up the social ladder. Even those whose social mobility has measurably gone down in the past 10 years still believe that their fortunes will improve. This bears striking similarity to the Americans who believe the American dream is still attainable, despite data that suggests that kind of progress is far harder to achieve now.

“People feeling that the mobility is not as much or not as easy as before, there’s certainly a sense of that here in China as well,” said Pak, who noted that the economy has struggled to produce enough high-paying jobs for China’s 10.8 million college graduates this year.

“[It’s] mainly in the cities, where the parents might have already gone to university, and now … it’s harder for them to get nice high-paying jobs. But if you’re from the countryside, you’re starting from a very low base. You have grandparents, parents who talk about not having enough to eat, to children now maybe having meat as a regular part of their diet. That’s a huge shift.”

Listen to the full interview on Marketplace.org.

We want to hear from you

Watching “Ascension,” we were struck by glimpses of Chinese workers making everyday products: the little pump for hairspray bottles, for example; the branches for fake Christmas trees; the fuzzy blankets that keep us warm during colder months.

“I once bought a Chrysler minivan that came with dealer plates with the Stars and Stripes and the words ‘America’s got my vote,’” David Brancaccio recalls. “Later I found out the engine was a Mitsubishi from Japan and the whole van had been assembled in Canada.”

As he asked in last week’s newsletter: “How evolved have we become in understanding how the objects that surround us came to be?”

Tell us if you’ve ever been puzzled or surprised to learn where a product was made. As always, we’re at extracredit@marketplace.org. We’ll share some of the most colorful instances in our next newsletter.