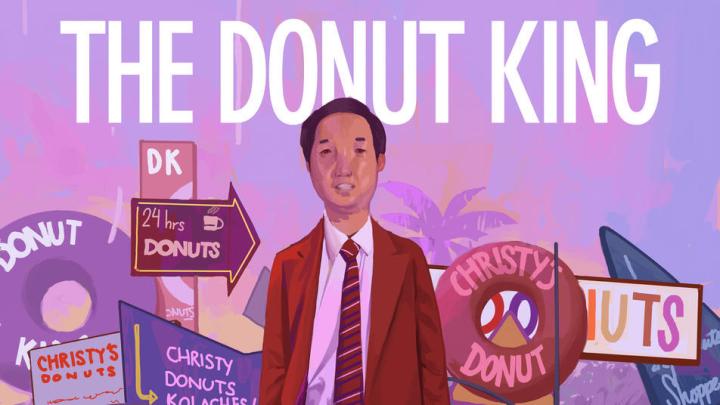 “The Donut King,” a 2020 documentary directed by filmmaker Alice Gu, tells the story of a Cambodian immigrant who got into the doughnut business and went on to build a multimillion-dollar empire, paving the way for thousands of Cambodian refugees to set up their own businesses throughout the 1970s and 1980s.

Ted Ngoy fled his homeland just before the Khmer Rouge installed a totalitarian regime that led to the death of as many as 3 million Cambodians. Within two years of arriving in California, Ngoy bought his own doughnut shop and soon after started sponsoring visas for Cambodian refugees, offering them jobs and lending startup capital for dozens of doughnut businesses. The model proved so successful that by 2010, the majority of independent doughnut shops in California were run by Cambodian immigrants and Cambodian Americans.

The doughnut business could be punishing, requiring workdays up to 18 hours, seven days a week. Instead of hiring more workers, family members — including children, some of whom we hear from in the doc — often worked for free. Keeping costs as low as possible helped mom-and-pop doughnut shops outcompete major chains.

What does it mean to be American? Doughnuts, mass marketed to and consumed by Americans of all stripes, are part of the answer to that perennial question.

“Doughnuts provide an insight into who we want to be and who we think we are,” writes historian Paul R. Mullins in his book “Glazed America.” “[They] have the potential to reveal a great deal about culture, class, regionalism, and marketing and consumption.”

In the coming weeks, we’ll dig into some of the film’s economic revelations, like the margin on doughnuts, the American dream, refugee entrepreneurship and how, despite trying, Dunkin’ failed to work its East Coast magic on the West Coast.

“The Donut King” is available to stream on Hulu with a subscription and to rent or buy elsewhere.

What have you noticed about the doughnut business where you live? Do you have a favorite doughnut shop? Send us your stories and thoughts to extracredit@marketplace.org. We’ll feature some of those answers in an upcoming newsletter.