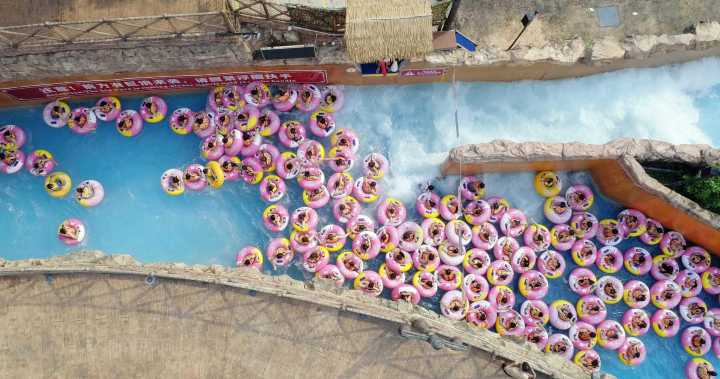 How evolved have we become in understanding how the objects that surround us came to be?

In a 1993 Department of Agriculture study quizzing people on their knowledge of stuff that comes from farms, a stunning percentage of respondents did not know that hamburgers are made from cattle (rather than pigs). More recently, more than half the students surveyed at a California middle school didn’t see the relationship between cucumber and pickle. I thought I was a worldly guy, but, until I was in my 40s, I didn’t know that coffee was red rather than dark brown. I was doing a story in the highlands of Kenya when I saw coffee on the bush, the plant, for the first time. Inside, the bright coffee cherries — red as can be — are two coffee beans, also not brown, but green.

We’ve become better at asking whether a rug was woven by the tiny hands of child laborers. We may ask while shopping for engagement rings about conflict diamonds. But “Ascension,” the film we are watching this month for Econ Extra Credit, is a vivid reminder that we typically have no clue about who made most of the objects around us nor under what conditions they made it. Sure, we may check to see if an object or device says “Made in China.” We may even like fooling ourselves when we pay big for something that was “Designed by Apple in California.”

“Ascension” is a series of video postcards from China’s economy, places you would miss on package tours featuring the Great Wall or the terra-cotta army in Xi’an. You see people working with machines to mold the pumps that sit atop bottles of hair spray. If you think about it (and I never had), they have to come from somewhere.

In the film, you catch a glimpse of the circumstances of that little pump’s birth. Shampoo caps and green, plastic branches to make Christmas trees too. Again, those don’t just beam in from the star Alpha Centauri but are the product of the work of people in China. We see a man making dime-a-dozen swag customized with a company’s logo. He places each object into a holder so that a robot arm can ink up, swivel over and stamp the logo in place, while the man’s gloved hand removes the printed object from the stamper. Was it a cheese knife? A bottle opener? Again and again, I couldn’t tell.

You may have considered the ubiquitous half-liter water bottle and asked if all that extra plastic was really necessary. You may have reminded yourself that plastic is a petroleum product. But have you ever visualized the room and the person where the plastic was shaped and the label applied? If not, “Ascension” has you covered.

There are also scenes showing how some of the companies that assemble anything-but-mundane smartphones do their hiring: sometimes through barkers in the street using megaphones to tout hourly pay (less than half of even the lowest minimum wage in a U.S. state).

Then there is the movie’s life-size doll manufacturing sequence, which has tended to attract more attention than the sequence covering the making of spray pump caps. One of those scenes may not be right for all audiences. You can guess which.

“Ascension” offers partial answers to questions we should ask about everything we buy: Who made this? Under what conditions?

In this way, we can get hints about the hidden costs of these objects when our consumption patterns are guided by a search for the lowest possible dollar amount. In economics, they call them externalities, the things that are missing when prices do not capture all the “costs.”

“Ascension” is available to stream on Paramount+ with a subscription and  to rent or buy on several platforms. Let us know your thoughts on the film: extracredit@marketplace.org.