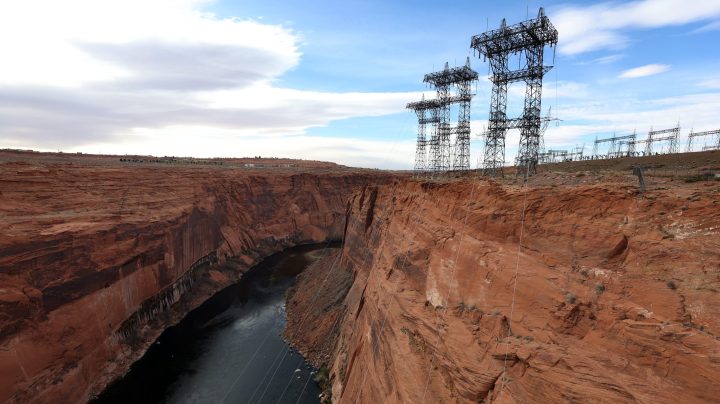 The Colorado River is an economic engine for the west. It supports $1.4 trillion dollars of economic activity annually and 16 million jobs, according to a study by an Arizona State economics professor. Seven states and more than a dozen tribal nations rely on the Colorado River for municipal water supplies and to irrigate their crops.

The river is in the midst of an historic drought. Reservoirs have reached dangerous new lows and the federal Bureau of Reclamation just asked the seven states that rely on the river to cut their water use by a lot. The states have 60 days to make an emergency plan. If they miss that deadline, the authorities will step in and impose cuts.

Speaking before a recent Senate committee, Camille Touton with the Bureau of Reclamation issued a warning: Find a way to use less — close to a quarter less — or the feds will do it for you.

John Entsminger said he heard that as a threat. As head of the Southern Nevada Water Authority, he’s one of the water managers tasked with brokering this emergency conservation deal. And, he said, it’s not going to be easy.

“Well, I think every sector, every water user, needs to share in the pain,” he said.

The pain will be shared between corporate use, municipal use, and the region’s biggest water suck: farming and ranching.

“There’s just no way to do this without agriculture using a lot less water,” said John Fleck, a water policy researcher at the University of New Mexico.

Fleck said that means fields going dry in places like California’s Imperial Valley and Yuma County, Arizona. And that will take a toll on those regional economies.

The threat of these cuts has been looming for years, said Anne Castle, who worked on water policy in the Obama administration. And reducing water use would have been easier to pull off gradually.

“But it’s very difficult to proactively agree to take less water when there’s not a crisis,” Castle said.

That crisis point is where we find ourselves now, she said.