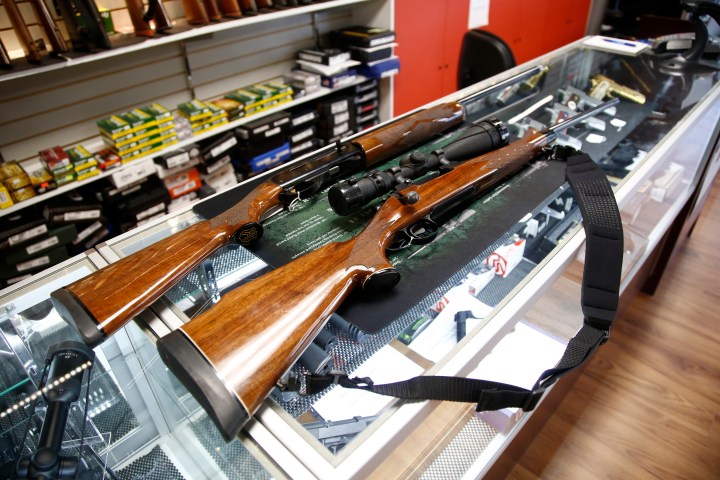 COPY
Remington is one of the brands carried by Vista Outdoor, one of several companies that don't have obvious ties to the firearms industry. Brian Blanco/Getty Images

Remington is one of the brands carried by Vista Outdoor, one of several companies that don't have obvious ties to the firearms industry. Brian Blanco/Getty Images
Listen Now

Shares of publicly traded firearm companies often rise after tragedies like this week’s mass shooting at an elementary school west of San Antonio with the assumption gun sales may go up on fears of increased gun regulation. This week, Smith & Wesson and Sturm Ruger both saw their stocks rise in the wake of Tuesday’s shooting. But there are also some lesser-known public companies that operate in the gun market.

It’s not always obvious whether a company is involved in the gun industry.

Thing is, there are investors who want to know what companies are involved in selling guns and related equipment.

Andrew Behar runs As You Sow, a nonprofit that promotes corporate responsibility.

“They’re included in mutual funds, and in people’s 401(k) plans, and most people are not even aware of that,” he said.

“Which looks at both military weapons, but also civilian weapons. Including assault weapons and ammunition,” he said.

The goal, he said, is to let people know if their investments are in line with their values.