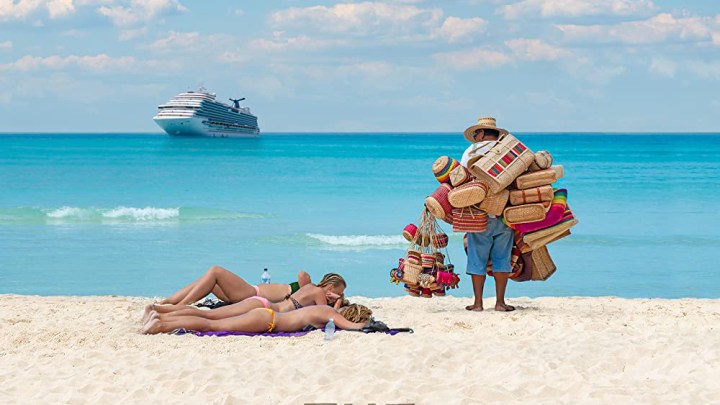 “The Last Tourist,” available to stream for free on Kanopy and to rent or buy on several other platforms. Born Explorer Films

Where are you going this summer? As the pandemic enters a “new phase” and more countries re-open their borders, there’s an opportunity to dust off travel plans. Maybe it’s finally time to rebook that trip.

Before the pandemic, it was easier than ever to visit far-flung places. The number of tourist arrivals reached an estimated 1.4 billion worldwide in 2019, up from just 25 million in 1950, according to data from the United Nations.

As tourism rebounds, it is perhaps worth remembering that its convenience brings with it significant problems. Cruise ships have killed endangered whales and dumped wastewater into UNESCO reserves. Developers, often foreign, continue to build all-inclusive resorts designed to keep visitors from spending money in nearby communities. Beaches in Thailand, ancient ruins in Peru and the canals of Venice have all struggled under the numbers of tourists they attract. Some of the world’s most popular destinations are being visited to death.

The trade-off is the money generated — and it is a lot of money. Tourism is a multitrillion-dollar business, making vast contributions to the gross domestic product of most countries around the globe. But much of the wealth generated, especially in developing countries, doesn’t make its way down to local economies; often it goes no further than the foreign operators of tours, hotel chains and airlines.

Our documentary selection for April, “The Last Tourist,” explores how the impact of tourism has changed as the numbers of tourists — and the money they spend — has increased. The film, directed and written by Tyson Sadler, is a decided call to action for viewers, highlighting animal cruelty, child exploitation and environmental destruction.

The story flits back and forth between destinations like Ecuador, Kenya and India, juxtaposing the voices of residents whose communities depend on tourism to survive with those of experts who earnestly preach about how tourists could demand changes that would make the industry less exploitative and more sustainable … if only they realized the damage they were doing.

“The Last Tourist” is available to stream for free on Kanopy and to rent or buy on several other platforms. Once you’ve watched the doc, let us know what you think and what you’re wondering. We’re at extracredit@marketplace.org.