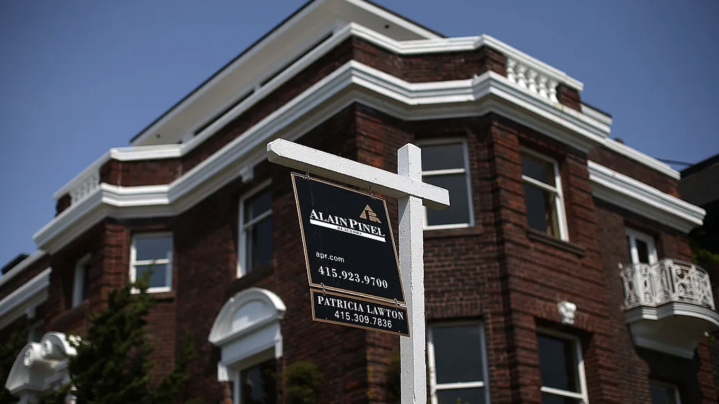 COPY
According to the National Association of Realtors, sales of existing homes dropped 2.7% in March from the previous month and 4.5% from March 2021. Justin Sullivan/Getty Images

According to the National Association of Realtors, sales of existing homes dropped 2.7% in March from the previous month and 4.5% from March 2021. Justin Sullivan/Getty Images
Listen Now

The National Association of Realtors released data on existing home sales Wednesday, which slid 2.7% in March from February and fell 4.5% year over year.

According to the report, “Individual investors or second-home buyers, who make up many cash sales, purchased 18% of homes in March, down from 19% in February but up from 15% in March 2021. All-cash sales accounted for 28% of transactions in March, up from both the 25% recorded in February and from 23% in March 2021.”

Many homeowner associations are coming up with tactics to limit the purchasing power of investors, who are buying houses in some neighborhoods and putting them up for rent.

“Marketplace” host Amy Scott gets into the details with Nicole Friedman, a reporter at The Wall Street Journal who co-authored an article on why homeowner groups seek to stop investors from buying houses to rent.

To hear their conversation, use the media player above.