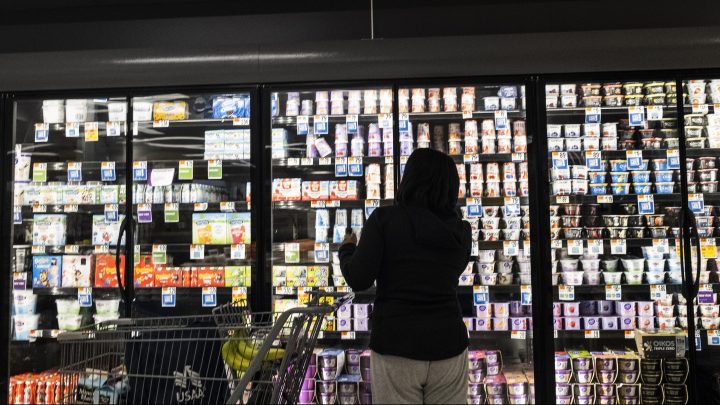 COPY
Even with the Fed's interest rate hikes, curbing inflation might take a year, or even two. Anna Moneymaker/Getty Images

Even with the Fed's interest rate hikes, curbing inflation might take a year, or even two. Anna Moneymaker/Getty Images
Listen Now

The Federal Reserve has made controlling inflation its No. 1 priority and board members are chomping at the bit to raise interest rates. But between the time the Fed raises interest rates and inflation gets under control, there is a lag, and a long one. It can take a year or even two to rein in inflation.

“We’ve all had the experience of being in a shower where there’s a 20-second lag between the time you turn the faucet and the time the temperature of the water changes, and it’s really hard not to scald yourself or freeze yourself,” said Larry Summers, who was treasury secretary under President Bill Clinton.

The Fed raises interest rates to control inflation, but it takes anywhere from nine months to two years for it to have an effect. So it’s hard to know: Are you not doing enough and letting inflation get away? Or are you doing too much and sending the economy into a recession?

There are a couple reasons why it takes so long to see results from inflation policy.

That is, until we start to notice things in daily life affected by rising interest rates, like mortgage rates or credit card bills. Then it takes time for our reactions to filter through the economy. We buy fewer homes, we buy less stuff, companies start holding down prices, the housing market calms down.

That all takes a while, according to Alan Detmeister, an economist at UBS.

“We will probably still see some still very elevated inflation over much of the remainder of this year,” he said.

But some of what is causing inflation has nothing to do with the Fed or its interest rates. Things like the war in Ukraine, lockdowns in China and supply chain problems are also spiking inflation.

“So the Fed’s main tool of interest rate increases, which generally affect aggregate demand, is not well suited for current inflation,” Detmeister said.

But it has to try because who knows what’s going to happen with the war and supply chains and China.

“Of course, there is hope that the energy prices might stabilize again, perhaps the war in Ukraine might slow down,” said Markus Brunnermeier, an economist at Princeton University. “But this is only hope.”

But, he said, you can’t base policy on hope alone. There’s no saying something else won’t come along that bumps up inflation again.

There’s what economists call a “long and variable lag” between monetary policy starting to control inflation and inflation responding in a substantial way. On top of that, some of the drivers of inflation this time around could change quickly. That makes taming this beast a very difficult job.