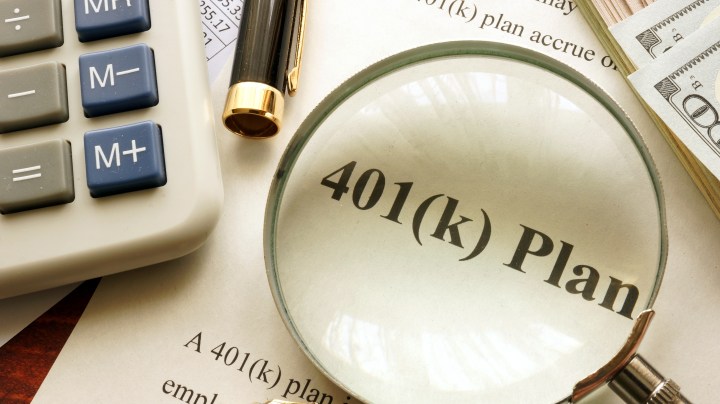 COPY
The Securing a Strong Retirement Act, now in the Senate, aims to make it easier for Americans to save for retirement. designer491/Getty Images

The Securing a Strong Retirement Act, now in the Senate, aims to make it easier for Americans to save for retirement. designer491/Getty Images
Listen Now

For those of you who have ever changed jobs and left behind a 401(k), the Senate is set to take up a bill that would create a kind of federal lost and found for those abandoned accounts. That’s just one of the provisions in the measure — which passed the House with an overwhelming bipartisan majority — and is aimed at boosting access and contributions to employer-sponsored retirement accounts.

About two-thirds of Americans who work in the private sector are eligible for retirement plans through their employers, but lots of people don’t participate. One thing this bill would do is automatically enroll workers.

“If you don’t want to join, you can call up HR. So the default is you’re in,” said Alicia Munnell, the director of the Center for Retirement Research at Boston College.

The provision only applies to new retirement plans, so you’ll still have to call HR if you want to get into an existing plan.

Another thing the bill would do, Munnell said, is save people from having to choose between saving for retirement and paying back their student loans.

“You make a payment on the student loan, that can be used as a base for a matching contribution by the employer,” Munnell said.

The bill would also help people keep better track of their retirement money.

Mark Iwry, a nonresident senior fellow at the Brookings Institution, points out that this bill would create a federal database that would let people find old retirement accounts.

“I know it’s hard to believe but there are large amounts that have really gone missing,” Iwry said. “And the individual could be told where to find them, and that’s what this lost and found would help people do.”

There are lots of orphaned accounts out there because 401(k)s have been around for more than four decades.

Ted Benna designed the first one, which was enshrined in law back in 1978. He still follows the industry closely and said the bill would allow retirees to hold off longer on withdrawing money from their accounts and paying taxes on it.

“You know, that’s okay. But it’s not going to be useful for most retirees. Most people who are retiring, need to get their hands on the money, you know, for current income to live on,” Benna said.

There are other provisions in the bill all designed to encourage saving.

Financial institutions stand to benefit. David Certner is legislative counsel for the AARP, which supports the measure.

“Hopefully there’s an alignment of interests, because we want people to be able to save more and the financial services industry obviously wants to have more customers that they can service, as well.”

Certner said he thinks the bill has a good chance of becoming law. It passed the House this week by a vote of 414 to 5.