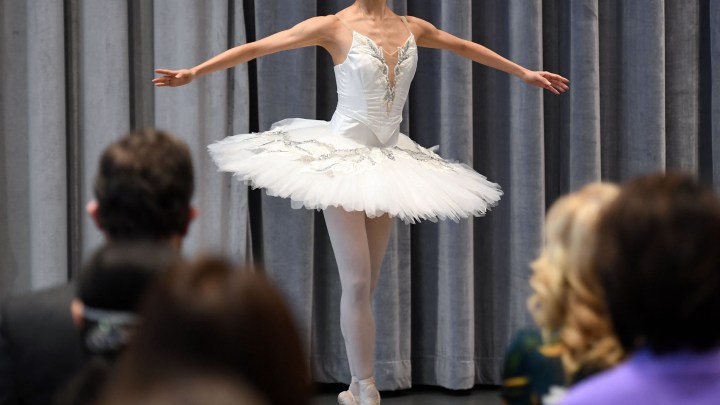 COPY
“As a dancer, you know you’re going to retire from your performance career before retirement age, so you have to have in mind what the next steps are going to be," said Alexandra Farber. Olivier Douliery/AFP via Getty Images

“As a dancer, you know you’re going to retire from your performance career before retirement age, so you have to have in mind what the next steps are going to be," said Alexandra Farber. Olivier Douliery/AFP via Getty Images
Listen Now

Whether you call it “The Great Reassessment,” “The Great Resignation” or “The Big Quit,” a large assembly of workers are rethinking their career paths right now. Last year, 47 million jobs were quit voluntarily. Americans are leaving their jobs for a variety of reasons: work flexibility, better pay or to seek a different purpose in life.

For Alexandra Farber, a dancer, visual artist and choreographer based in the Dallas-Fort Worth area, dancing has been like second nature since she got her first formal lessons at 3 years old.

“You learn how to walk, you learn how to talk and for me, in those first formative years, I learned how to dance,” she said. She still reminisces on the little costumes and prop flowers at her first performances.

Farber likens the dance season to a school year. Pre-pandemic, the season started up in late August or early September and ended in late June. Right up until the pandemic, the lifestyle was pretty consistent.

Farber then joined the millions of Americans rethinking their career paths and futures. She had been working on a bachelor’s degree in psychology and finished in 2020.

“As a dancer, you know you’re going to retire from your performance career before retirement age, so you have to have in mind what the next steps are going to be,” she said. Once her performing career ended, Farber wanted to stay in the dance industry.

As a child, she wanted to be a choreographer; Farber and her friends used to create their own steps in the basement of her childhood home. As she grew older and experienced more in the industry, she had been leaning toward becoming a répetiteur — a tutor who teaches the choreography when the original choreographer is unavailable. Once the pandemic hit, however, she began to rethink her future in the dance industry.

“I kinda wondered, ‘Where did the répetiteur thoughts come in and where did the choreography thoughts leave?’” Farber said. “It became a big question about representation.”

There is a large gender gap in the business of dance, especially in ballet. Girls outnumber boys 20-to-1 in ballet classes. Despite that, women are vastly underrepresented in positions of leadership (like artistic directors and choreographers) in the dance industry, according to Dance Data Project.

Of all the works by the 50 largest ballet companies in the United States, only 27% were choreographed by women during the 2020-21 season. Even when women get these leadership positions, they’re usually underpaid. In 2019, at the largest 100 U.S. ballet companies, a woman made 60 cents to every man’s dollar as an artistic director.

Farber realized that most of the répetiteurs she knew were women, teaching choreography made by men. So she decided to become a choreographer and to start her own dance company. While she still works as a dancer, she’s reaching out to some of her connections to get to “the other side of the room.”

Farber is currently working on her world premiere, “Inside Voices,” at the Fort Worth Museum of Modern Art. She’s doing all the choreography work — blocking off steps, taking notes and finding dancers. It’s hard work as a one-woman show.

She hopes to see more women working as choreographers in the future. As a Jewish woman, Farber doesn’t feel well represented in the business, but she remains hopeful.

“I’m hoping in the future to see more and more women,” she said. “I want to see more, and I think if you want to see it, you have to be a part of it.” 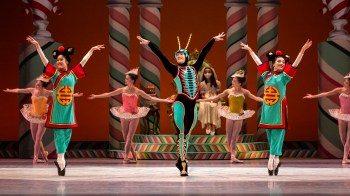