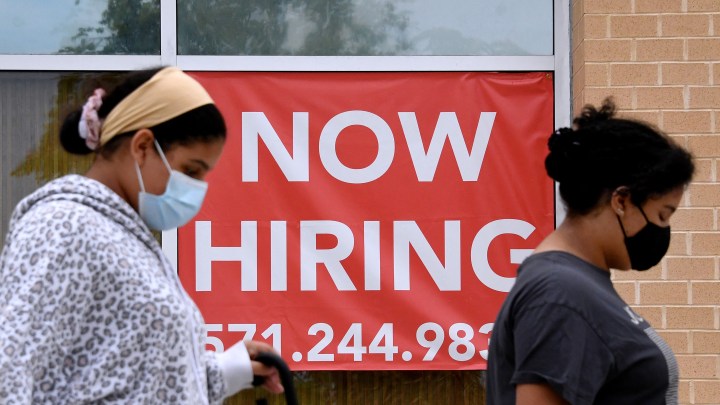 COPY
Women walk past by a "Now Hiring" sign in Arlington, Virginia, on Aug. 16. The most recent JOLTS report shows a high number of people leaving the workforce across multiple sectors. Olivier Douliery/AFP via Getty Images
COVID & Unemployment

Women walk past by a "Now Hiring" sign in Arlington, Virginia, on Aug. 16. The most recent JOLTS report shows a high number of people leaving the workforce across multiple sectors. Olivier Douliery/AFP via Getty Images
Listen Now

The Great Resignation, as it’s been called, is still in full swing.

Unemployment is trending down but is still high in many parts of this economy. Nevertheless, more people than ever are quitting their jobs.

In fact, 4.3 million left their jobs in August, according to the Job Openings and Labor Turnover Survey report, or JOLTS. The quits rate, as they call it, is up to 2.9%, the highest since the Bureau of Labor Statistics started tracking the numbers.

The report shows a record number of people quitting in sectors like accommodations and food services — government-speak for hotels and restaurants — and high numbers dropping out in health care and manufacturing. Some are leaving for better wages elsewhere; others have retired early.

There’s a lot of competition for workers, said Holly Wade at the National Federation of Independent Business, because 5 million people still haven’t returned to the labor force.

Digging in on that school disruption part: Lots of people are quitting there, too. Almost 25,000 people quit in state and government education in August.

According to Nicola Soares, president of Kelly Education — a division of staffing firm Kelly Services — things are especially bad when it comes to experienced educators, like school principals.

“The annual turnover rate that’s being forecasted right now is about 42% of those people leaving,” Soares said. “It’s an alarming exodus, if you will, of educational talent.”

And one reason for that? Parents’ behavior about issues like mask-wearing and critical race theory.

Ronn Nozoe runs the National Association of Secondary School Principals and said some of his members are getting threatened on social media and stalked at home. Plus, those administrators are struggling with hiring themselves.

And with how some people are acting just now, it’s a little hard to recruit. 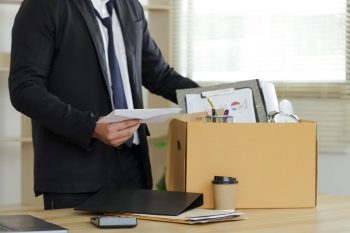