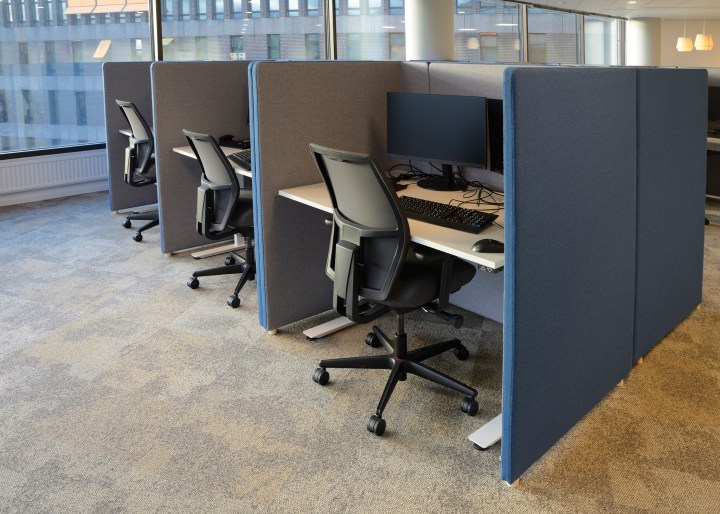 COPY
The pandemic has led to a record number of people deciding to leave their jobs. Getty Images
Quitting Time

The pandemic has led to a record number of people deciding to leave their jobs. Getty Images
Listen Now

The numbers behind recent waves of people quitting their jobs are striking. Since April, some 20 million employees have voluntarily left their jobs.

If a recent survey from LinkedIn is any indication, the search for a new job won’t slow down.

Marketplace’s senior economics contributor Chris Farrell sifted through some of the findings with “Marketplace Morning Report” host David Brancaccio in a recent interview.

David Brancaccio: Well, let’s start with this business and career networking site, LinkedIn. I mean, it’s one way people find work that way. What has been the experience at LinkedIn with all this switching?

Chris Farrell: So the professional networking platform was launched in 2003 and the company says, David, that it has never seen people change their careers at this rate in its history. So transitions are up more than 50% compared to last year. And I thought this was interesting, women are experiencing nearly 10% more career changes than men.

Brancaccio: Now, on this program, we’ll continue trying to understand this phenomenon. It’s such a big thing from many angles. But what is your sense, Chris? Right now people, what, realizing that if their work is unfulfilling, now’s the time to change?

Farrell: Absolutely, I think two reasons standout. I mean, one is, it’s worker confidence that this economic rebound is going to continue and it’s going to remain strong enough that, hey, it’s sensible to take a risk and leave your job. I mean, look, companies are fighting for talent, they keep talking about this labor shortage and so the definition of a good market – actually, the definition of good economy – is when firms are looking for workers so now’s the time to make your shift. But the other reason, David? The social isolation, you know, including that working from home that so many of us lived with during the pandemic? You know, it pushed a lot of employees to rethink, reimagine, you know, what are we doing with our lives? And what are we doing at work?

Brancaccio: Yeah, and not putting up with toxic work environment or feeling that you’re underpaid and overworked? Now, what did the LinkedIn survey suggest about going forward? Are companies going to be dealing with this level of attrition, you know, for months to come?

Farrell: Yes. So people leaving companies, boy, it has all the hallmarks of a movement, at least for now. And one of the more striking highlights from the survey is almost half of working Americans – obviously this is from the survey – say the pandemic has changed how they feel about their career, and more than 1/3 are looking for a career change.

Brancaccio: Look, it has been us slog to navigate this pandemic or worse. It’s like we’ve been on a war footing since February of 2020. And people can be forgiven, right, for looking at their work situation and saying, like the song, is that all there is?

Farrell: I applaud it. I think this is great. I think this is something to celebrate. And there’s another figure that comes out of the survey that just echoes what you said: 42% of workers said they’re considering taking a break. And for those who are thinking about taking a time out, the two main reasons? Their mental well being and spending more time with family and friends. Now, what’s wrong with either one of those?

Brancaccio: Yeah, but of course, you’re not a hiring manager, trying to keep those seats filled. But we do applaud it. Now, LinkedIn is what, pivoting? Recognizing the moment here?

Farrell: Yes, they’re seeing there’s an opportunity here. So this survey, it’s timed to LinkedIn’s unveiling a number of new features that are going to help or they say is going to help people, you know, find a better job that better matches their needs and wants. So there’s a business opportunity there especially perhaps for the 41% of those surveyed, who said they feel overwhelmed, they’re afraid or they’re intimidated when they think about switching jobs.