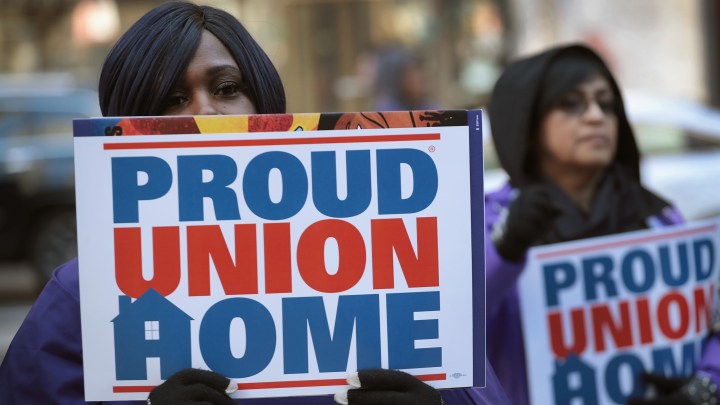 The proposals, which will work their way through multiple agencies, come at a time when pro-labor legislation — backed by Democrats and the White House — is being blocked by Republicans in Congress.

The administration’s trying to use its bully pulpit to reverse a decades-long decline in union power, said Ken Jacobs at the UC Berkeley Labor Center.

“That it’s the role of the government to promote collective bargaining, promote unionization, as a public good,” he said.

Rules and contracts will be amended to stop federal agencies and contractors from squelching union efforts to reach, meet, and organize workers, said Jacobs.

Some policies might spark litigation, said employment lawyer Shannon Farmer, over “what the government can do without violating the First Amendment rights of employers to, for example, speak to their employees about their views about unionization.”

A recent Gallup poll found Americans’ support for unions is at a 50-year high. Union membership is at a 40-year low.