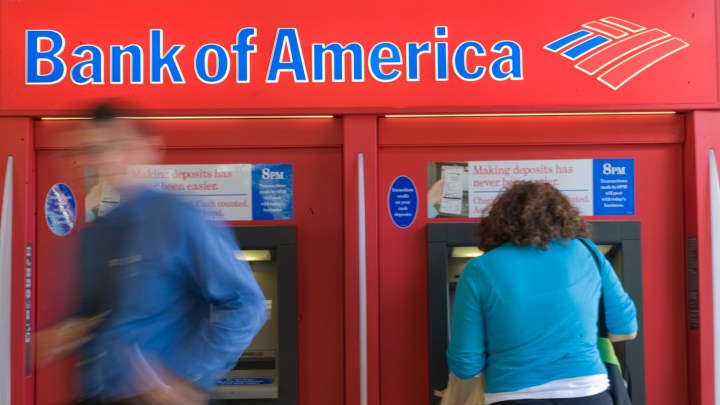 COPY
While larger banks, like Bank of America, are reducing overdraft fees, smaller banks have fewer options to make up for lost revenue while remaining competitive. Nicholas Kamm/AFP via Getty Images

While larger banks, like Bank of America, are reducing overdraft fees, smaller banks have fewer options to make up for lost revenue while remaining competitive. Nicholas Kamm/AFP via Getty Images
Listen Now

Bank of America will lower its overdraft fee this year — from $35 to $10. Consumer advocates have been pressuring banks to eliminate overdraft fees during the pandemic. And several other big banks, like Capital One and Ally Bank, have done away with the fees or added new overdraft protections.

This trend has had smaller, community banks paying close attention. Community banks don’t have the same scale as the big, national banks — but they still have to compete.

“So between now and May, we’ll analyze and determine what we’re going to do,” said Peter Alden, CEO of Bay State Savings Bank in Massachusetts.

It charges a $35 overdraft fee, which Alden said makes up roughly 15% of the bank’s bottom line. Now, he said the bank’s thinking about ways it could make up that lost revenue if the fee goes away.

Small banks don’t have a lot of other options when compared to bigger banks, which have more diversified revenue streams, said Kent Belasco, who runs the commercial banking program at Marquette University.

On the other hand, some people have been stashing away savings since the pandemic started.

So banks have a lot of deposits on their balance sheets, and Belasco said that will help smaller banks earn more from their core business: making loans.

There is a demand for services that let people overdraw their accounts. Dominik Mjartan runs the Black-owned Optus Bank in South Carolina. It charges a $35 insufficient funds fee that allows customers to go negative on their balances.

“Customers insist on having the option because they do not want to suffer the consequences of their rent payment or their other payments not going through,” Mjartan said.

The service doesn’t generate that much revenue for the bank, but Mjartan said it’s simple and easy to understand. Plus, “it does offer an alternative to much more expensive and much more predatory options that are out there.”

In the meantime, he said the bank is working on other services for customers who want short-term loans.