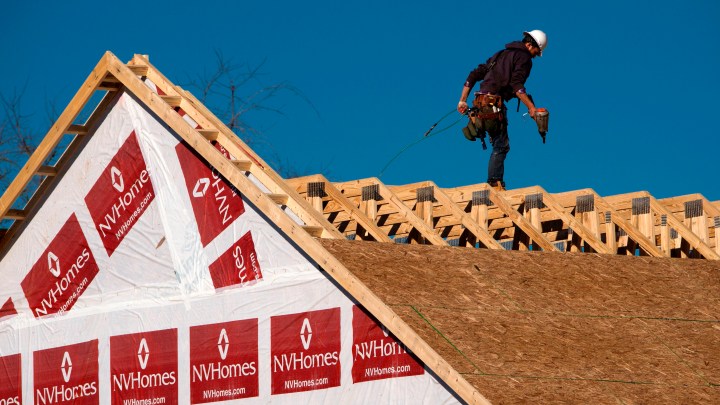 COPY
While pay in leisure and hospitality is increasing faster than prices, sectors like construction and manufacturing are lagging behind. Paul J. Richards/AFP via Getty Images

While pay in leisure and hospitality is increasing faster than prices, sectors like construction and manufacturing are lagging behind. Paul J. Richards/AFP via Getty Images
Listen Now

On Wednesday, we learned that the average hourly pay rose 0.1% in December. We’re talking real wages — meaning that paychecks grew even when you factor in inflation. That said, we’re also talking about an average. Not everybody’s pay increased enough to cover those higher costs.

Whether you’ve received a raise lately depends on where you fall on the income spectrum.

And those workers have been making enough to outpace inflation, according to Sarah House, senior economist with Wells Fargo.

But in plenty of other industries, pay hasn’t kept up with prices.

One way workers have beat inflation, House said, is by quitting their jobs and taking on new, higher-paid roles elsewhere.

“And so companies across the pay spectrum are really having to think about their compensation plans, in terms of attracting new employees but also keeping their existing ones,” she said.

As a result, those higher wages are likely to stick around, said economist Daniel Zhao at the job website Glassdoor.

“Most employers would actually even prefer to furlough or lay off workers rather than cut pay because they know it would have a dramatic impact on employee morale,” he said.

But Zhao added that it’s not enough for pay to stay where it is. Wages will have to keep rising along with prices.