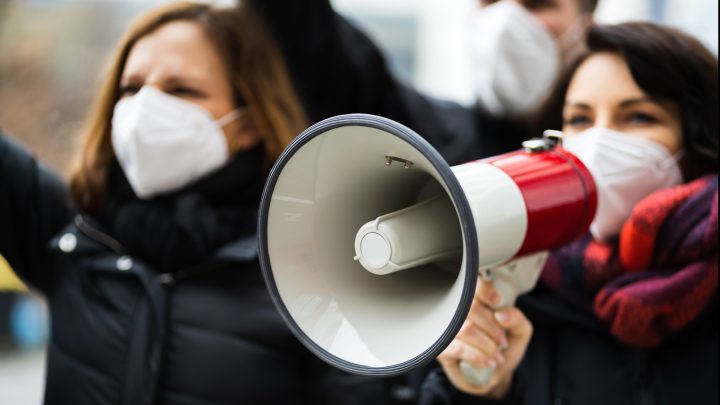 COPY
This year has seen a surge in unionization efforts, increasingly on college campuses — including at MIT, Columbia University and the University of New Mexico. AndreyPopov via Getty Images

This year has seen a surge in unionization efforts, increasingly on college campuses — including at MIT, Columbia University and the University of New Mexico. AndreyPopov via Getty Images
Listen Now

Workers at a Starbucks store in the company’s hometown of Seattle announced plans to unionize Tuesday, after a store in Buffalo, New York became the first to do so earlier this month.

Toward the end of a typical semester at Columbia University, graduate students would be busy teaching classes and grading papers. That’s not the case now.

“We’ve been on strike for over 50 days now,” said Mandi Spishak-Thomas with the Columbia graduate students union, Student Workers of Columbia, which is seeking higher wages.

In her department in the school of social work, she said graduate workers make just under $30,000 a year — in New York City.

“It is just absolutely unacceptable that people are making this much under a living wage,” she said.

The pandemic has laid bare challenges for grad students and created new ones, according to Rebecca Givan, an associate professor at Rutgers University.

“Grads have had little control about whether they’re working from home or, for example, in classrooms or labs that may not feel completely safe,” Givan said.

Meanwhile, many have been watching their institutions slash department budgets and lay off faculty. “Accept a sub-living wage now because of some kind of promised future is not a realistic trade-off anymore,” she said.

Like at MIT, Indiana University and at the University of New Mexico, where grad student workers — including Katie Despeaux — just won a union card count.

“Not having a voice in safety during the pandemic really just compelled us to start ramping up the union effort,” Despeaux said.

The UNM’s administration is fighting that unionization effort, arguing that its graduate students are just that: students and not workers.