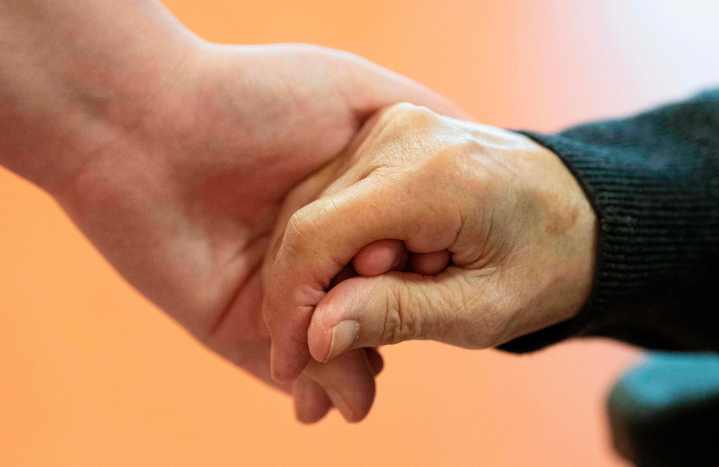 COPY
From medical costs to the value of unpaid caregiving, dementia is getting more expensive for families. Thomas Kienzle/AFP/Getty Images

From medical costs to the value of unpaid caregiving, dementia is getting more expensive for families. Thomas Kienzle/AFP/Getty Images
Listen Now

More than 6 million people in the United States currently live with Alzheimer’s disease, a number predicted to rise to an estimated 8.5 million by 2030, according to a report from the National Academies of Sciences, Engineering, and Medicine — a sobering reminder that with the aging of the population, the costs associated with dementia, both emotional and economic, will climb higher.

“There are two main cost drivers: First are medical and long-term care costs, and then second is the value of unpaid caregiving provided by family and other loved ones,” said Chris Farrell, Marketplace senior economics contributor. “They had this figure that the economic cost of dementia is an estimated $300+ billion in 2020. But the report makes really clear that that figure is low.”

Farrell spoke to Marketplace’s David Brancaccio about the economic impact of dementia in the years to come and strategies for reducing that impact. The following is an edited transcript of their conversation.

David Brancaccio: The emotional costs to individuals with dementia, their families and friends are hard to quantify. But what does the report say about economic costs?

Chris Farrell: There are two main cost drivers: First are medical and long-term care costs, and then second is the value of unpaid caregiving provided by family and other loved ones. They had this figure that the economic cost of dementia is an estimated $300+ billion in 2020. But the report makes really clear that that figure is low. For example, when you add the impact on the wages in future employability of family caregivers, your cost calculation jumps by as much as 20%. And then you start adding in things like the physical and mental strain that comes from unpaired caregiving; the cost to employers from productivity losses, because employees are taking care of their loved ones; and then your documentary, “Brains and Losses” — it focused on how cognitive impairment may lead to bad financial decisions and exploitation. So no matter how you cut it, it’s expensive.

Brancaccio: And all of these costs are projected to rise as the population gets older. Yet, the title of the report is “Reducing the Impact of Dementia in America” — what are some ideas?

Farrell: This is a report that’s geared toward advocating a research agenda for the coming decade, so it emphasizes the positive role that can be played by focusing on better health — think exercise, healthy diet. Critical — actually, paramount — is addressing and eliminating the deep health disparities, the deep health inequities in the U.S. And, of course, technological innovation in everything from pharmaceuticals to residential care design is called for.

Brancaccio: The task is before us. But it’s not only a medical and technological innovation challenge, is it?

Farrell: No. Here’s the real question: How will we treat people with dementia so that they can age with grace? And how will we support — physically, emotionally, financially — their families and their caregivers? Now, there isn’t any nation that has a solution, but the U.S. is unique among the major economies for putting so much of the burden on families and loved ones. And what this report says to me is that the status quo is unacceptable and it’s unsustainable, and dementia needs to be a key part of our debates about the future of health care in the U.S.