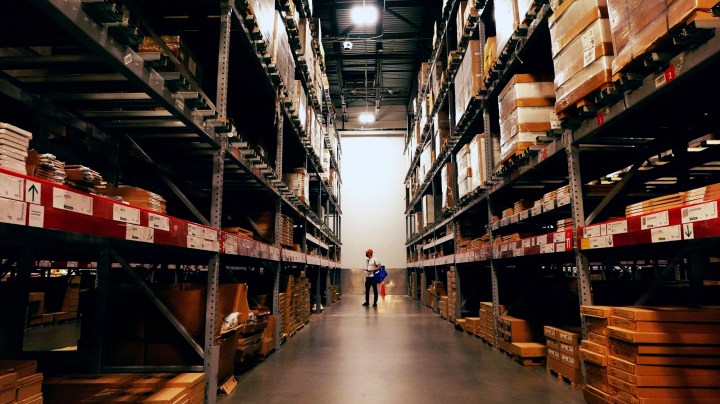 Inventories have been falling ever since the start of the pandemic, with all the supply chain congestion going on. They fell again last quarter, but not by as much as they have been. And that’s a good sign about where this economy is headed.

“Goods are just flying off the shelf once they’re completed,” said Sarah House, an economist at Wells Fargo.

This past quarter, she said retailers’ inventories have been so low that people have been putting off purchases.

“For a lot of consumers, going out shopping, they don’t have enough product to choose from, so they’re maybe not buying at all,” she said.

Consumer spending on goods fell by over 9% at an annual rate. That’s why inventories didn’t fall as much as they have been, said Harvard University economics professor Jason Furman.

“Mostly because people just weren’t buying as much,” he said.

Spending on inventory is not nearly as big a part of overall GDP as consumer spending. But Furman said changes in inventory can have big ripple effects.

“When you don’t have a lot of inventories, you can have shortages, you can have price increases,” he said. “Conversely, when you’re rebuilding your inventory, that itself can be a source of economic growth.”

Because to supply those inventories, manufacturers have to expand production.

“Think of that process, right? That process is they’ve gotta hire people, they’ve gotta invest in new plant and capital, right? And all of that is creating more economic growth,” said Tim Duy, an economics professor at the University of Oregon.

That means consumers will finally have more goods available to buy and that they want to buy, Duy said.

“If you could boost, for example, inventories of cars, then consumer spending on cars would rise,” he said.

And that would increase the biggest component of GDP: consumer spending.