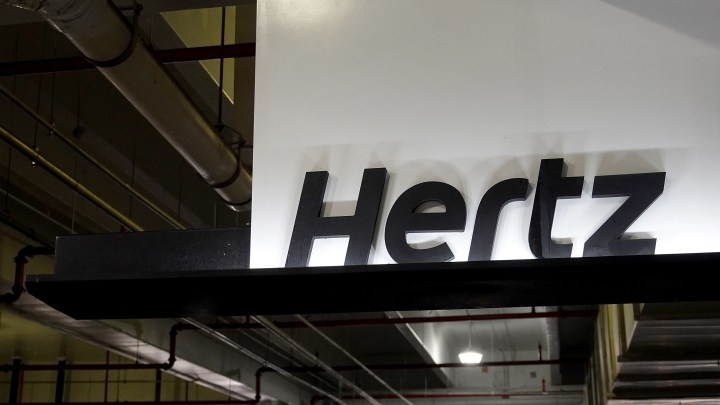 Not a week goes by, it seems, without another corporation announcing some green initiative or another. On Monday, the car rental company Hertz — recently out of bankruptcy — announced that it will be buying 100,000 Teslas for its fleet by the end of next year.

Last week, Amazon and Patagonia pledged net-carbon-zero shipping, and before that, PepsiCo promised to cut plastic use.

It sounds good, right? But how are you supposed to know, one way or another? When a company pledges to do X, Y or Z for the environment, it’s not like there’s a rulebook to follow.

“To some extent, these commitments are sort of the Wild West,” said Raz Godelnik, a professor at the Parsons School of Design Strategy at The New School.

The problem, Godelnik said, is who knows if a corporation will make good on a goal that’s 20 or 30 years out?

“I would look for actions, rather than just commitments,” he said. Actions that show what a company is doing right now to fight climate change.

In that sense, Hertz buying all these electric cars is meaningful, said Carol Lee Rawn, with the nonprofit Ceres.

“When consumers have the opportunity to drive these vehicles, they invariably enjoy them and see them as positive,” she said.

The deal also represents a big investment for Hertz, and not just in cars, said Deepak Rajagopal at UCLA’s Institute of the Environment and Sustainability.

That kind of tangible investment can help move the needle on big climate goals, like more electric vehicles.

“The transition to electrification and electric vehicles offers the potential for a huge reduction in greenhouse gas emissions in the vehicle sector,” said Tom Lyon, a professor at the Erb Institute at the University of Michigan.

Lyon would like to see more corporations actually changing how they do business instead of making pledges or reducing waste at the margins.

“A modest reduction in packaging waste is great, but it doesn’t really stand to transform the system,” he said.

And transforming the system is what it’s going to take to deal with climate change.