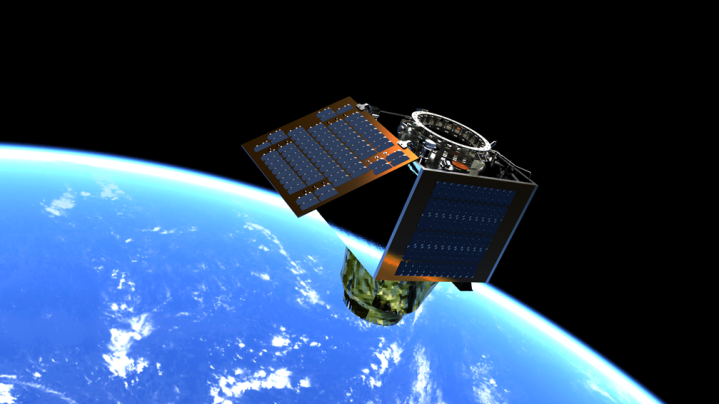 Here’s a sobering statistic about America’s drive to combat climate change: Only 27% of the S&P 100 companies are making sufficient cuts in their greenhouse gas emissions for the United States to achieve net zero by 2050, according to the sustainable investment group Arabesque.

In other words, almost three-quarters of the largest American companies are falling short of the international goals agreed to at the Paris climate conference in 2015 and reaffirmed by President Joe Biden in February.

Perhaps corporate America could use the services of Satellite Vu, a small British startup that aims to assist companies and governments in the battle against climate change by using satellite thermal imaging.

“That’s seeing the world through a different pair of eyes, rather than an optical lens, a thermal lens,” said Jade Constantinou, a data analyst with Satellite Vu. The firm is planning to launch a constellation of seven satellites, which founder and CEO Anthony Baker said will be equipped with a highly sophisticated infrared camera.

“With this camera, we can see the heat emissions from any building on the planet,” he said. That’s any individual building anywhere on Earth.

A kind of thermal spy in the sky, if you will.

Measuring heat loss — and therefore energy efficiency — will enable governments and corporations to identify the most wasteful, carbon-polluting properties and take steps to have them insulated. It will also test the current plethora of good environmental intentions.

“Everyone’s declaring net-zero. At the moment, not many people are measuring anything,” Baker said.

Satellite Vu says that it will be measuring heat loss at any location around the planet with groundbreaking accuracy. Tianran Zhang, a thermal scientist working for the firm, said that Satellite Vu’s images would be of such high resolution that they would be “100 times better” than anything that has been commercially available before.

A breakthrough in this field may seem surprising in a country that is hardly a major player in space on a par with the U.S., Russia or China. Even France has a bigger space program than the United Kingdom. But this innovation is not that unusual for the U.K., said Andrew Greenhalgh of Surrey Satellite Technology, the company building Satellite Vu’s seven machines.

“We have been punching above our weight in recent years, and particularly in the world of small satellites,” Greenhalgh said. “My own company is still seen as the world’s leading small-satellite manufacturer.” Surrey Satellite Technology — a spinoff from the University of Surrey that is now owned by the European plane-maker Airbus — has built and launched more than 70 satellites for clients from around the world since the 1980s.

Satellite Vu is expecting a wide range of customers for its thermal imaging data: not only governments but also environmental groups and insulation companies prospecting for business. Investors might also be interested in verifying a company’s commitment to reducing emissions, said sales director Alex Gow.

“To identify and hold to account people who are claiming they have green credentials,” he said.

Thermal imaging as a form of auditing, then? “Absolutely. Scientific and completely independent,” Gow said.

Satellite Vu says that the service will be surprisingly inexpensive, since the charge for one thermal image covering around 6 square miles and thousands of properties will be about $500. So, the cost per building should be very low — easily affordable not only for governments and corporations but inquisitive individuals, too.

“You can view the place you work, where you shop, your street so that you can determine whether you’re the worst building on the street,” Baker said.

You could even spy on your neighbors and find out whether they are as green as they say they are.

“If people wish to remind their neighbors that they should perhaps upgrade their insulation, then so be it,” Baker said. “But the important thing for all of us is to measure. During the pandemic, the mantra has been, ‘Test, test, test.’ For the climate challenge, we need to ‘Measure, measure, measure.’”

His first satellite, the thermal spy in the sky, is due to be blasted into orbit by Elon Musk’s SpaceX company late next year.